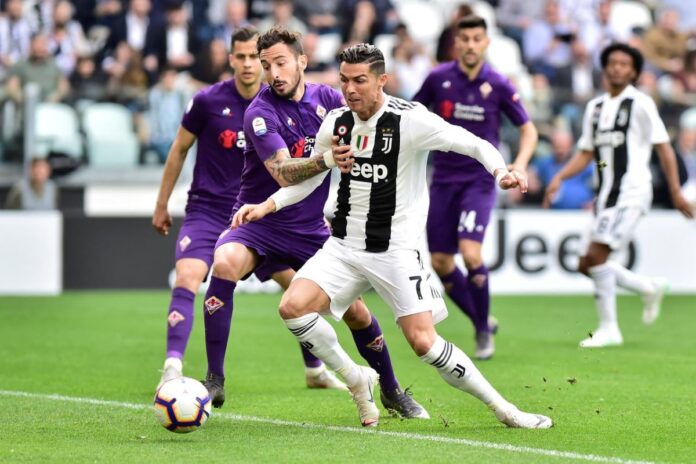 Having stepped up a gear in their pursuit of the Serie A-leading Milan clubs recently, Juventus host faltering Fiorentina on Tuesday evening, aiming to end a tumultuous year on a triumphant note.

The Old Lady’s final opponents of 2020 have so far failed to respond to the return of lauded coach Cesare Prandelli as they continue to slip perilously close to the drop zone. n a 4-0 win over Parma at the weekend, Juventus finally managed to put together an entirely convincing victory – over a recently improved side.

Taking a clear step forward compared to Serie A showings so far, Juve pushed aside their propensity for draws – of which they have six from 13 games – to maintain an unbeaten start to the league campaign with help from a Cristiano Ronaldo brace. The seemingly-ageless Portuguese superstar is the top Serie A scorer of 2020, with 33 league goals during the calendar year – already one more than Robert Lewandowski’s Bundesliga total and currently seven in front of last season’s capocannoniere, Ciro Immobile. All of which has been achieved from just 28 top-flight games.

His latest double demonstrated the ex-Manchester United man’s defining ability to brush off even the slightest hint of failure, having missed a crucial penalty in the 1-1 draw with Atalanta last week. Bianconeri coach Andrea Pirlo has endured a turbulent start to his debut season but was full of praise for his charges’ efforts last week. Highlighting the energetic midfield contributions of Aaron Ramsey and American revelation Weston McKennie, Pirlo also emphasized the collective attitude of his team.

Juve have statistically the best defence in Italy so far (just 10 goals conceded in 13 games) and possession is a priority, with the Old Lady currently averaging above 60% – the highest in Serie A.Their former midfield maestro demands his side must press high, be aggressive and exert control – tests which were all met at the Tardini – so fearful Fiorentina should beware a side with renewed confidence and vigour, as the champions hunt down what would be an incredible 10th successive Scudetto.

Prediction: Total goals score will be over 0.5