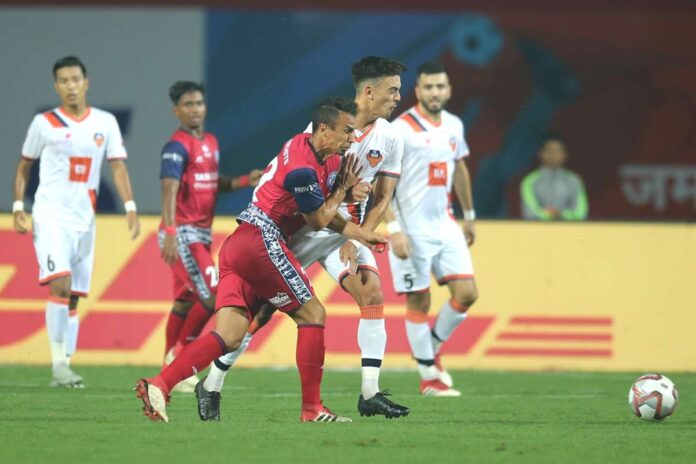 Jamshedpur FC plays host to FC Goa in their next Indian Super League fixture. The Men of Steel have gone on a six-match unbeaten run after their defeat against Chennaiyin FC in the first match. Whereas, FC Goa are coming into this game on the back of two consecutive defeats.

Juan Ferrando’s men were beaten by ATK Mohun Bagan and Chennaiyin FC in their last two matches. Against Jamshedpur FC, Igor Angulo and Co. will look to get their season back on track. Owen Coyle has also found the right combination among his ranks and the results have just started coming after they ended NorthEast United’s unbeaten run in the last match with a narrow 1-0 win. The Men of Steel will hope that they can keep up that level of performance against FC Goa.

Jamshedpur FC’s persisting injury concerns remain as players like David Grande, Nicolas Fitzgerald, Joyner Lourenco, and Narender Gahlot are nursing from long-term problems. However, Monroy will return in the heart of the midfield after serving his suspension.

FC Goa does not have any major injury concerns, but Ferrando will have to bring back Ivan Gonzalez in defence as Aiban Dohling has looked shaky in the last couple of games. The Spaniard adds solidity to their backline, something which they will need against a prolific striker like Nerijus Valskis. Both, Jamshedpur FC and FC Goa have played each other six times in the ISL. The Gaurs have had a slight edge with 3 wins under their belt while the Men of Steel have also won a couple with the other fixture ending in a draw. The last time both sides met was in February this year in the last season and Goa ran riot beating Jamshedpur 5-0.

Prediction: Total goals score will be under 4.5