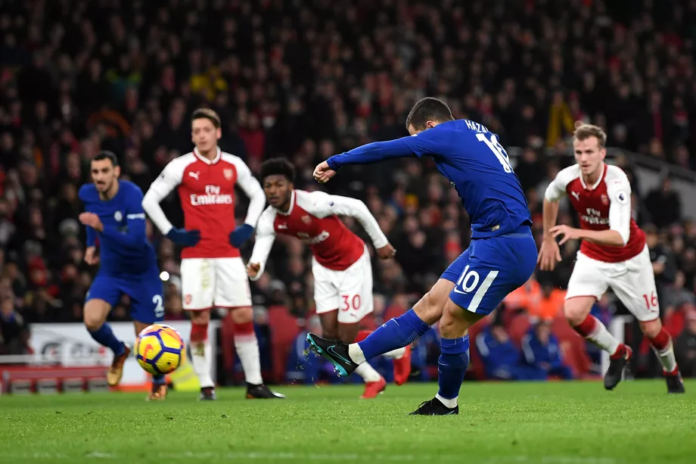 On Boxing Day, Arsenal host London rivals Chelsea at the Emirates Stadium, in a game that could prove massive at both ends of the Premier League table.

The team from north London head into this clash on a winless run of seven matches in the Premier League, having suffered five defeats. A 2-1 defeat at Everton in their last league outing means that they have lost four of their previous five matches in the top-flight.

Rather unusually for Arsenal, they have struggled for goals in the league, as only three teams have managed to find the net fewer times in the English top-flight this season.

The Gunners recent home record in the Premier League has also been poor, as they have failed to win in five league outings at the Emirates, having suffered four defeats. This game looks like a hard one to change that poor home record.

The Blues top-flight form has dipped slightly of late. However, Frank Lampard’s team bounced back from defeats against Everton and Wolves by recording a 3-0 home win over West Ham last time out. Striker Tammy Abraham netted a brace against the Hammers to take his tally to five league goals for the season, despite not being a regular starter.

If Chelsea are to rise up the table and mount a realistic title challenge then their away form must improve. Both those previously mentioned losses against Everton and Wolves were on their travels. A record of just three wins from nine away matches does not make good reading.

The visitors head coach Lampard seems to be optimistic about the fitness of full-back duo Ben Chilwell and Reece James. Both England full-backs have injury problems, but the Chelsea boss has stated that he hopes to have them available over the festive period.

It is hard to see anything other than a Chelsea win in this clash, as Arsenal are in such disarray at the moment. The visitors look a decent price for a victory, even taking into account their inconsistent away form.