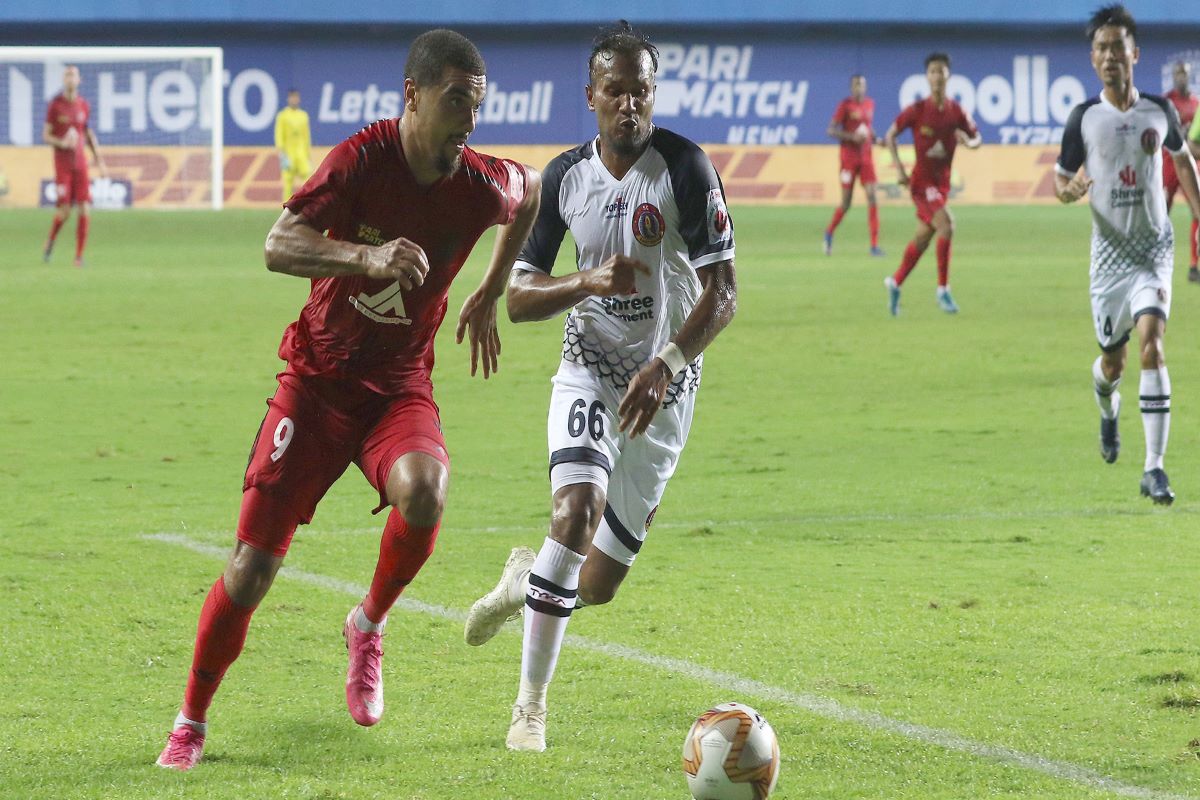 An unfortunate own goal from East Bengal’s Surchandra Singh and a late thriller from NEUFC’s Rochharzela gets the Highlanders the win.

East Bengal were in control of the game right from the off and were looking hungry to pick up an early goal. They could have won a penalty in the 20th minute when Ashutosh Mehta nudged Jacques Maghoma inside the box with his knee but the referee chose not to award the spot-kick to the Red and Golds.

Idrissa Sylla flicked the ball in the air with his head towards Kwesi Appiah on the right flank who beat Mohammed Irshad and crossed into the box. Scott Neville failed to clear the ball and it ricocheted off Surchandra’s knees and went in.

East Bengal showed more intent than NorthEast United in the first half and created more chances but were not lethal in the attacking third.

The second half continued with the same intensity with both teams going on the attack early on. SCEB keeper Debjit Majumder was forced into action early in the second half with Appiah and Sylla both testing him.

At the hour mark, SCEB had another penalty claim when Anthony Pilkington’s shot at goal seemed to have brushed a NEUFC defender’s arm before being parried by the keeper.

Sylla had a chance to settle the game in the 71st minute but with just the keeper to beat, the Guinean’s shot went wide. But NEUFC eventually doubled their lead off a late counter attack. Suhair Vadakkepeedika picked out Rochharzela in the box and the youngster found the back of the net to end SCEB’s hopes.

NorthEast United put up a dominating show to condemn SC East Bengal to their third straight loss in Hero ISL 2020/21.