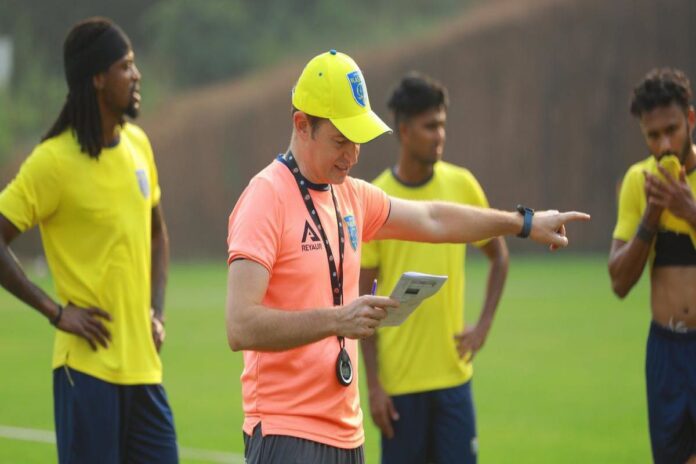 Kerala Blasters FC (KBFC) will look for its first win of the season when it takes on Hyderabad FC (HFC) at the GMC Stadium in Bambolim on Sunday.

Both sides have played six matches so far with seventh-place Hyderabad FC sitting just two places above Kerala Blasters on the table, but with a difference of 6 points.

Hyderabad FC has been impressive so far in the league, as they have won two, drawn three, and lost one game so far. They will be aiming to expose Kerala’s vulnerable defense, which has the second-worst defensive record this season. But defensively, Manuel Marquez’s side has also been struggling as of late. Five of the six goals they conceded this season have come in the last three games.

On the other hand, Kerala Blasters FC will hope to win their first game of the Indian Super League (ISL) 2020-21. The Blasters have drawn and lost three games so far and have just three points to their name. Although conceding goals has been an issue plaguing Blasters since the start of the season, their attack is also yet to click. They have attempted just 54 shots in the season so far — the lowest by a team — and have also created the least chances per 90 minutes.

Hyderabad FC can move up the table with full points. Kerala Blasters FC, meanwhile, have the opportunity to register their first win of the season.