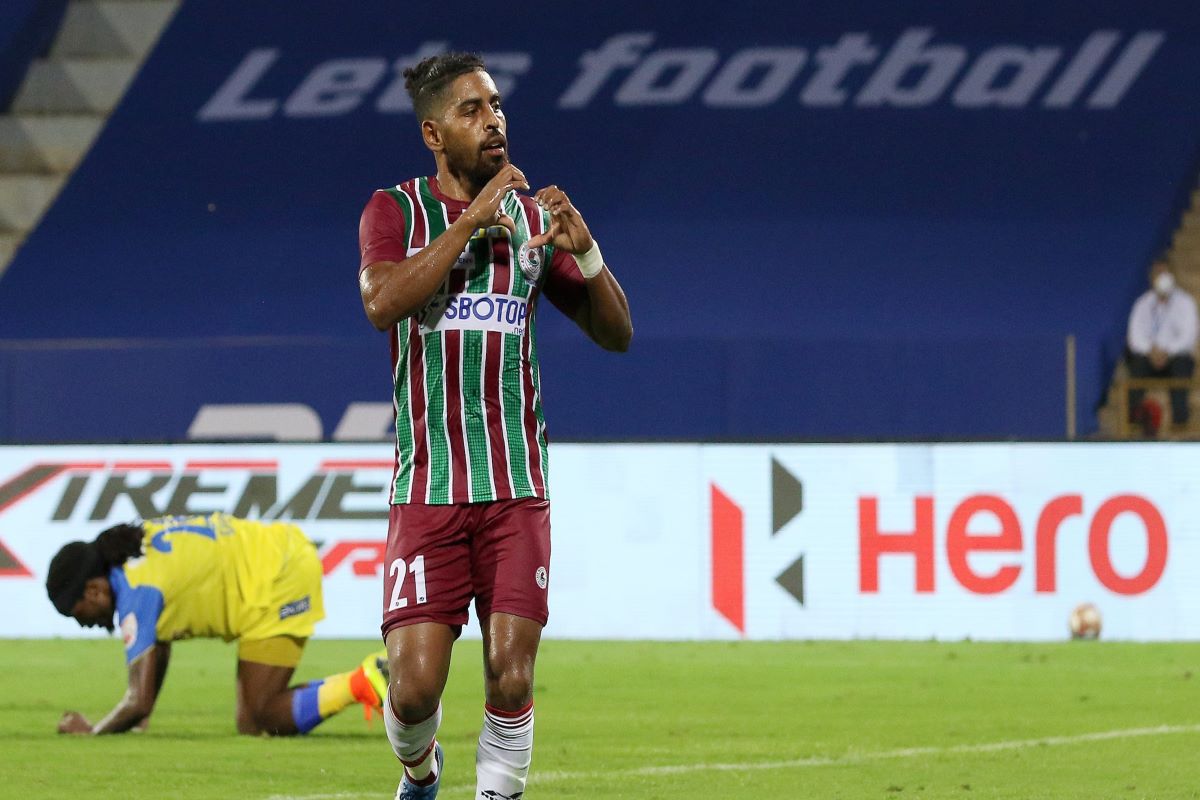 The first week of the Indian Super League has given us some exciting contests, while a couple has been dull. Nevertheless, some of the players have pushed above their weight and made their mark already, with them promising much more in the rest of the season.

An action-packed week has already passed-by, during which we witnessed some riveting encounters, starting from the season opener between ATK-Mohun Bagan and Kerala Blasters FC, followed by the first-ever ‘Kolkata Derby’ of course. Few usual suspects have lived up to the hype and hogged the limelight with their usual exploits, while some have emerged out of nowhere and made a mark in the opening week of the Indian Super League itself.

Not a surprise inclusion, with the playmaker, starting from where ended the previous season – but donning a new jersey of course. The magic which he created in the previous season with head coach Sergio Lobera was bound to get re-created this time too with Mumbai City FC. It was evident from the way he dominated in the first two matches. The Moroccan footballer completed 136 passes in the two games played so far, having blanked the opposition defense with his trickery and guile all the way along. It was such a pity that Mumbai City FC’s forward line did not provide enough support to compliment him in the opening two matches.

Already a star with ATK last season, Roy Krishna steered ATK to their third Indian Super League title, scoring 15 goals in the process. It was evident that the Fijian International would be retained by ATK-Mohun Bagan for a second season in the succession and he’s proved his worth once again. It was his lone strike in the season opener against Kerala Blasters FC that helped them start with a win, while left-footer helped the defending champions draw first blood in the Kolkata Derby en-route to a 2-0 win. With two goals from as many matches, Krishna will add a lot to his tally in the rest of the league.

The Indian footballer has been a lifeline for whichever team he’s played so far, but his claim to fame moment arrived during his Northeast United FC days. His import to Mumbai City FC was fruitful for the footballer as well as the ‘Islanders,’ has been a regular in the playing XI ever since, simultaneously getting a call-up for the national side. After a successful outing in the last season, the playmaker has started the season with a bang, having completed 145 passes in two matches at a conversion rate of 86.20%, along with 11 tackles, 6 interceptions, 5 clearances, and 5 blocks.

Unlike the others in the list, Esmael Goncalves has played just one match in the Indian Super League so far but made an immediate on his debut. Easily recognizable by his unique hairstyle, the Bissau-Guinean forward has impressed from the word go. Boasting an ability to take a huge workload, the footballer ran riot against Jamshedpur FC, with him providing the first assist in the 1st minute of the game itself, while Anirudh Thapa completing the formalities. Esmael converted a spot-kick in the 26th minute to help Chennaiyin FC start the campaign on a high, even though they have been robbed of their head coach Owen Coyle and start striker Nerijus Valiskis, during the mid-season break.

The Irish might not have fancy statistics to boast about, unlike the others in the list, but he has been head and shoulders above SC East Bengal in their match against ATK-Mohun Bagan last Friday evening. The forward line was largely inactive, even though Pilkington tried his level best to distribute the ball to the final third at regular intervals. He was not even shy to take his own calls, having three shots at goal, out of which one was on target and needed an acrobatic save from Arindam Bhattacharya to avert the danger. It’s just early days in the ISL and we are expecting him to play a pivotal role in SC East Bengal’s campaign this season.