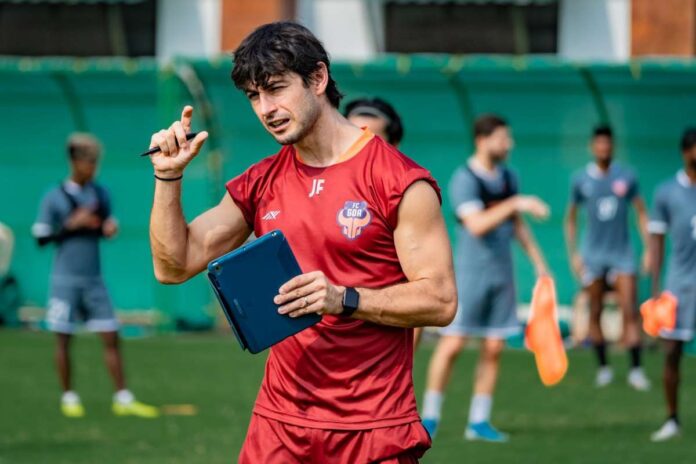 FC Goa head coach Juan Ferrando is hoping to improve game by game and attain a 100% performance level – which they are striving to reach the moment. The ‘Gaurs’ are currently placed at the sixth position in the league table with 11 points from eight matches, including three wins to their name.

The past two weeks have not been the best if you are an FC Goa fan, with the team, suffering a narrow loss to an experienced ATK-Mohun Bagan side, followed by a 1-2 score-line against Chennaiyin FC. At a time where they were expected to take the league by storm and cement their place in the top four, their fate has taken a turn for the worse.

But, their head coach Juan Ferrando is not dejected and feels that they need to work as a team, improve game by game to attain 100% performance level – which they are striving to reach at the moment.

“We need to improve game by game but I think we are not in 100 percent performance. We have very good players in my squad but we need to be a team. This is difficult because there are a lot of games and not a lot of training (sessions) and then we have to work under pressure to get three points,” said Juan Ferrando, during the post-match press conference.

Hyderabad FC is one the backfoot after back to back losses against Mumbai City FC and Kerala Blasters FC, but the Spanish manager will not take them lightly. In fact, Ferrando has formulated a plan for the game, but he is not ruling out the possibility of Hyderabad FC taking a completely different approach in the upcoming game – in such case his plan might not work out.

“It will be a difficult game because they are very good in transition and positional attack. There are a lot of details when you play against different teams but it’s necessary to put forward a few details because they will have more ways to play,” explained Ferrando.

“I prepare a plan but don’t forget that Hyderabad’s plan can also be different. Maybe tomorrow they play 4-4-2 with (Fran) Sandaza and Aridane (Santana). In this case, it’s necessary to control the last pass but we don’t know the plan for Hyderabad,” added the manager.