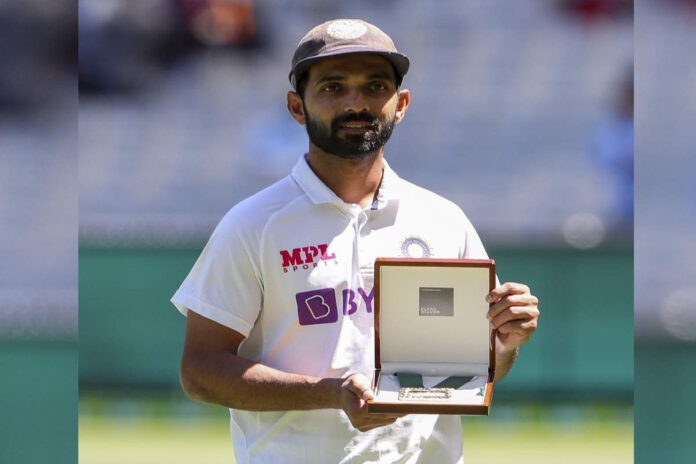 Ajinkya Rahane has commended all the players for applying themselves after the horror show in Adelaide as India cruised to their second consecutive MCG win. Rahane has further stated that the Indian first-class system helps mould the players well, which takes away the nervousness of the Test level.

India secured their second consecutive Test victory at the Melbourne Cricket Ground, much reminiscent of their historic Test win of 1981 when none gave them a chance. The backdrop and context made it a historic affair and at the centre of it was a team effort that was ready to roll despite all odds being stacked against them. Ajinkya Rahane, who led the side with a batting masterclass and then with tactical nous, hailed the side in his typically understated manner.

“Really proud of all the players. Played really well. Want to give credit to the debutants Siraj and Gill, the character they showed after the Adelaide loss was great to see. Character was important for us, especially after losing Umesh in the second innings. The talk was all about showing the attitude and intent on the field. As I said, character. Adelaide was about one hour that took the game away from us. Lots to learn for even now,” Rahane said while receiving the Man of the Match award.

After losing Mohammed Shami, India went back to a five-bowler strategy, with Ravindra Jadeja taking the all-rounder role. That became a massive factor behind the win, first with the bat Jadeja contributed heavily, and later with Umesh Yadav limping off, India had a bowler to fall back on. Rahane admitted the same while praising the debutants for holding their nerve and delivering spectacularly.

“That (five-bowler plan) worked well for us nicely. We were thinking of having an all-rounder and Jadeja has been brilliant for us. Shubman, we all know his First-class career and in this game, he has shown the intent to play shots at this level. Has shown composure. Siraj has shown that he can bowl with discipline. It’s really difficult for debutants to bowl with discipline but that’s where I think the First-class experience comes in handy.”

Umesh Yadav went for a scan after sustaining a calf injury during the third day’s game but Rahane updated that he is recovering well while leaving it to the management and the medical staff to take a call on the same. The Mumbaikar has also added that Rohit Sharma will join the team tomorrow after completing his Quarantine in Sydney.