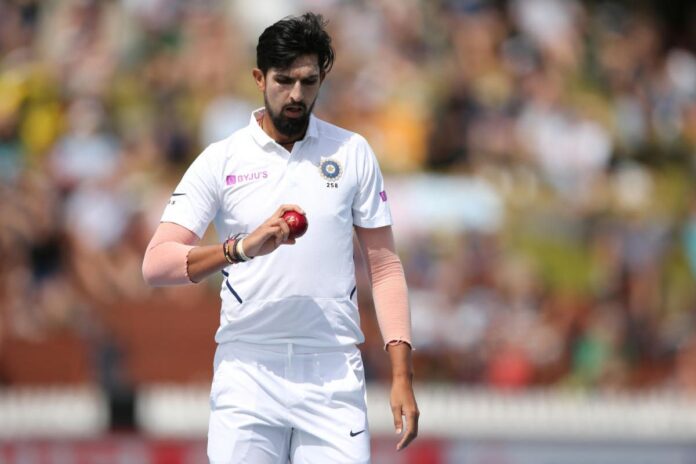 Ishant Sharma, who is missing the India vs Australia Test series owing to injury, has asserted that Ajinkya Rahane won’t be bereft of ideas in the absence of Virat Kohli while adding that he listens to the bowlers. Ishant has further added that Rahane spreads calm energy in a pressure situation.

India will be without their talismanic captain Virat Kohli for the remainder of the Test series and Ajinkya Rahane, who has blown hot and cold in the last few years, will lead the side. The impact that Kohli had in the middle order was second to none – something that India will miss dearly – but the way Kohli had marshaled his bowlers in Test cricket was an example in itself. Ishant Sharma can attest to that better than many but the pacer is confident that Ajinkya Rahane can pull the same off easily.

“He’s very quiet and confident and I must say he’s a bowler’s captain. Whenever we have played together and Virat has not been around on the field, he’d ask me ‘What kind of field you want? When you want to bowl? If you want to go on (bowling)? He’s a bowler’s captain. He’s not someone who’d say ‘do this or do that … He is very clear about what he wants from his team,” Ishant told ESPN Cricinfo.

Previously when Kohli was injured for the Dharamsala Test in 2017, Rahane led India to a fine victory that helped India regain the Border-Gavaskar Trophy and a year later, he also led India to a spectacular innings victory against Afghanistan in Bangalore. Ishant stated that Rahane spreads calm energy in pressure situations.

“You can see what kind of person he is in his captaincy. He is very calm and composed. I can’t say he does not have a sense of humor. He jokes around with us. Jinx (Rahane) spreads calm energy in a pressure situation. There won’t be any tension, he’d communicate with the bowlers very well.”

However, he was quick to add that as a player, the energy Virat Kohli adds to the team is something that will be missed.

“If there’s a partnership growing and it’s a flat phase when fielders are just going through their motions, one player’s energy level can change the scenario. The kind of energy Virat brings to the table … not everyone can match that,” the pacer added.