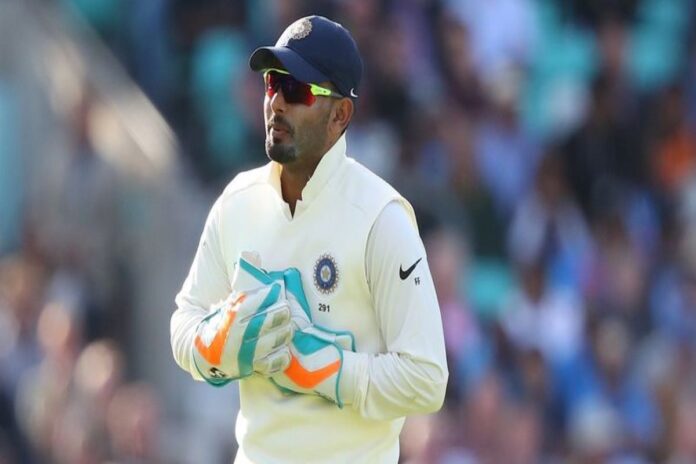 Gautam Gambhir has raged over the Indian management’s decision to keep juggling between Wriddhiman Saha and Rishabh Pant for a place in the playing XI in the Test format. Alongside that, he also stated that if a wicketkeeper is good, the management should back him irrespective of the conditions.

The management’s decision to leave out the 36-year-old keeper Wriddhiman Saha from the playing XI after just one Test Down Under has come under a catalog of negative criticisms. While they have picked Rishabh Pant, it is not conclusive that the southpaw is the first-choice keeper for the rest of the tour. After Saha’s failure in the first Test, where he didn’t contribute both with the bat and behind the stumps, the management took the decision to replace the veteran with Pant’s exuberance.

Former Indian opener Gautam Gambhir, who has been highly vocal of the management’s decision in this tour, reckoned that the think-tank is really unfair on picking and choosing wicketkeepers according to the conditions. Alongside that, he also stated that the rotation policy only works for bowlers, home, and away.

“Actually, it’s been unfair on Rishabh Pant and Wriddhiman Saha both over a long period of time when they have picked and chosen players on conditions. You don’t do that with wicketkeepers. You do that with bowlers,” Gambhir said on YouTube channel Sports Today, reported HT.

“That’s why this team looks so unsettled because no one is secured. Professional sport is all about security. Everyone has talent when they are representing the country. All they want is security and that assurance that we are there to back you, not just by words but by action. No one apart from India rotates wicketkeeper based on conditions.”

Alongside that, he also raised a question over who would be India’s first-choice keeper going into the third Test if Pant doesn’t do well in the second Test at the ‘G.

“Imagine what happens to Pant if he doesn’t do well in this Test or the third Test. What do you do then? Would you go back to Wriddhiman Saha,” Gambhir questioned.

India are one of the only countries to have implemented the policy of having dual wicketkeepers, based on the conditions. At home, the management prefers the experience of Saha while in away conditions, they seek Pant’s help with his batting overpowering the right-hander Saha’s. However, Gambhir is strongly against the rotation, stating that you always choose your best wicketkeeper-batsman irrespective of the conditions.

“I have never believed in this theory of rotation policy that Wriddhiman Saha is only good for sub-continent and Rishabh Pant is better overseas because that’s not how good teams go into. If you are good in Indian conditions, you got to deliver in overseas conditions as well. Whether he does that or not is irrelevant,” the former India batsman added.