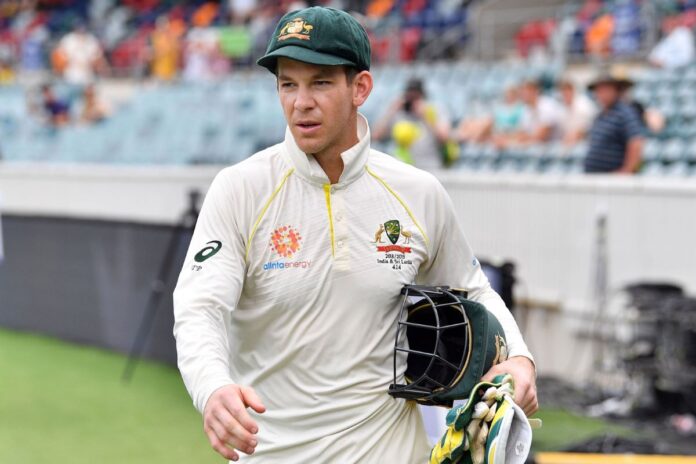 Australian skipper Tim Paine still feels India are going to put up a strong fight at MCG and not going to roll over like many Aussie experts are expecting them to. He also added that players like KL Rahul and Rishabh Pant might come in, who are dangerous and there can be no room for complacency.

There are many former Australian cricketers who aren’t giving much of a chance to India to fight back in the Border-Gavaskar trophy especially in the absence of Virat Kohli and Mohammed Shami. Not only India have been hit by injuries which will see him them miss three regulars – Shami, Rohit and Ishant from the XI but they will also need to get over the shambolic 36-run display after which they have come under fire from all quarters. If reports are to be believed, not only will Ajinkya Rahane lead the side for the Boxing Day Test but overall there might be four-five possible changes to the playing XI.

Despite India’s many issues, Australian skipper Tim Paine has refused to take India lightly ahead of the second Test at MCG starting tomorrow as he feels India is a proud cricket country and are full extremely talented players.

“We can’t pay any attention to mental scares or whatever anyone is talking about. I mean, India is a proud cricket country, they are an extremely talented Test match side with lots of dangerous players,” Paine was quoted as saying by AFP, reported TOI.

Paine also feels the likes of KL Rahul and Rishabh Pant, who are likely to play the second Test, can be very dangerous and Australia need to start well.

“We know that some of the players they’re talking about coming in to their side, like a KL Rahul or Rishabh Pant, are dangerous players who like to take the game on and will play positively,” he said.

“If we give players like that an inch they will take a mile, so we need to be bang on the mark tomorrow as we were in Adelaide and be prepared to turn up for another five day battle.”

India had put up their worst batting display in the Adelaide Test as they were blown away on 36 but the Aussie skipper feels that teams have been bowled out like that away from home and India will not be a rollover.

“We have been on overseas tours before when we have been bowled out for 50 and it can be really difficult, that’s why it’s so important for us to turn up tomorrow with the attitude that we turned up with in the first Test,” he said.

“We know they’re not going to roll over, we’re going to have to work our backsides off to get them in a position like we did in Adelaide. If we can do it again, then Tests three and four can become a real battle for them.”