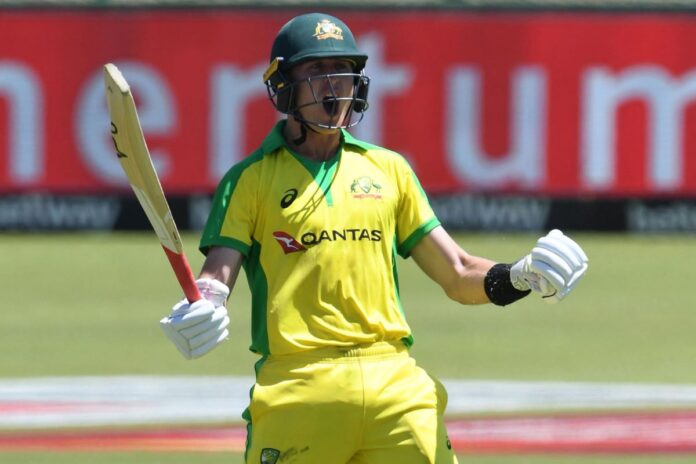 Marnus Labuschagne has reckoned that Australian batters are really good because of the fact that they face the best bowling attack week in and week out in the nets. He also added that he is ready for any role given to him, including batting at any position at the top and be the fifth bowling option.

Ahead of the highly anticipated four-match Test series between India and Australia, two highly talked about points – India’s pace attack and Australia’s top-order, both of whom have shown their class. While Steve Smith has returned to the Test fold and has made his presence felt, the resurgence of Marnus Labuschagne has increased the difficulty for the tourists.

A large part of Australia’s home success in the last two years has been their batting, who have set up the game for their bowlers. Marnus Labuschagne, who is one of the mainstay batsmen for the Kangaroos has reckoned that the batters are really ‘good’ only because they face the ‘best’ bowling attack week in and week out in the nets.

“One thing that makes our batters that good is that we’re facing the best bowling attack in and out during training. The likes of Cummins, Hazlewood, Starc and (James) Pattinson, they are unbelievable bowlers. Facing them every training session ensures we prepare as good as we possibly can be at Test level,” he explained during the virtual press conference, reported HT.

While adding that there hasn’t been any discussion surrounding his batting position, the Queensland right-hander admitted that he certainly thinks he will bat at No.3 for Australia in the coming days. The 26-year-old racked up 1104 runs last year, at a staggering average of 64.94 and will walk in on prime form ahead of the Test series.

“No, there has not been (any talk on batting position)… currently I think number three. But I am just preparing to bat, if that’s No.1 or No.3, it doesn’t matter. I am ready to face the ball, no matter what the circumstances are,” he added.

“Look, I finished last summer at three, so hopefully at three. But my job is to face the ball that is coming down to me wherever I am batting,” he stated.

India’s success late on Day 1 of the second warm-up game against Australia ‘A’ was on the back of Jasprit Bumrah’s bowling under the lights. Bumrah alongside Shami decimated the hosts, who looked clueless to the swinging deliveries. Labuschagne, however, admitted that the ‘preparations’ to face Bumrah is on and the Australians are working hard to be their best in the first Test, that starts next week.

“We’re obviously prepared. We played (Jasprit) Bumrah in one-dayers and in the last ODI he really ramped it up and bowled very well. For us, we know who we are coming up against. So, it’s just making sure we are really focussed and understand what bowlers are doing. We know which bowlers we are playing (against) and we make sure that we prepare accordingly.”