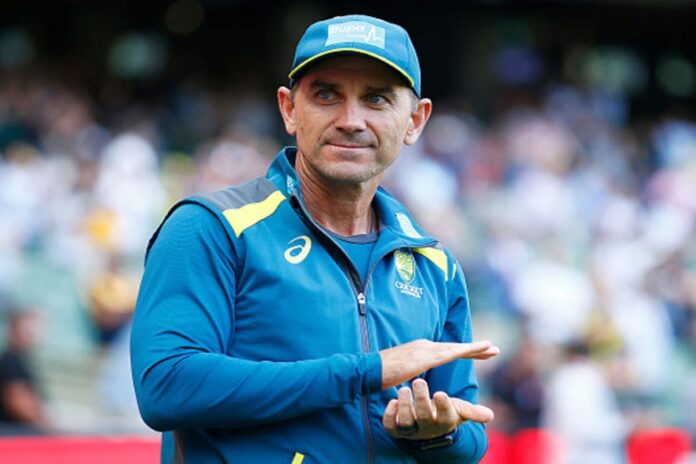 Australia head coach Justin Langer rued his batsmen not building partnerships in the first innings of both the Tests and admitted that his side will not ‘set up games’ if they continue batting callously. Langer, however, expressed delight over the ‘sporting wickets’ seen in the first two Tests.

After getting bundled out for 191 in  the first innings in Adelaide, the Australians were expected to deliver a strong batting performance at the MCG but they could only go 4 better as India, for the second Test running, bowled the hosts out under 200, this time for 195. Despite winning the toss and batting first, no Australian batsman managed to pass fifty, and lack of resistance saw the hosts being bowled out in the 73rd over.

It was an uncharacteristic batting performance from the Aussies, particularly in a ground like the MCG where they’ve historically excelled, leaving a lot to be desired. Speaking to Ricky Ponting on Channel Seven on Day 2, coach Justin Langer cited lack of partnerships as the biggest downside of his team’s batting performance. Australia are yet to register a 100-run stand in this series, and Langer admitted that they will not be setting up games by not stringing together big stands.

“We had one fifty-run partnership in the first Test and we had an 86-run stand yesterday. Also, when you have an 86-run partnership, you’ve got to turn it into 150 to set up the game. We weren’t able to. So for me partnerships matter as much as anything.”

Like Australia, however, India too have struggled with building partnerships and this, many believe, can be attributed to the spicy wickets, which have made life difficult for batsmen. Despite historically being batting paradises, both MCG and Adelaide have provided seam, swing, turn and bounce in equal measure, keeping the bowlers in the game throughout the game.

Langer expressed delight over the wickets that have been dished out and reserved special praise for the MCG track, which has come under fire in the last few years.

“From my point of view, it was a brilliant cricket wicket – it was a bit like the first Test. You’ve heard me say this for years, Punter, the most important thing for Test cricket is the wickets we play on; the contest between bat and ball. In Adelaide it was definitely that and yesterday (Day 1) it was the same.”