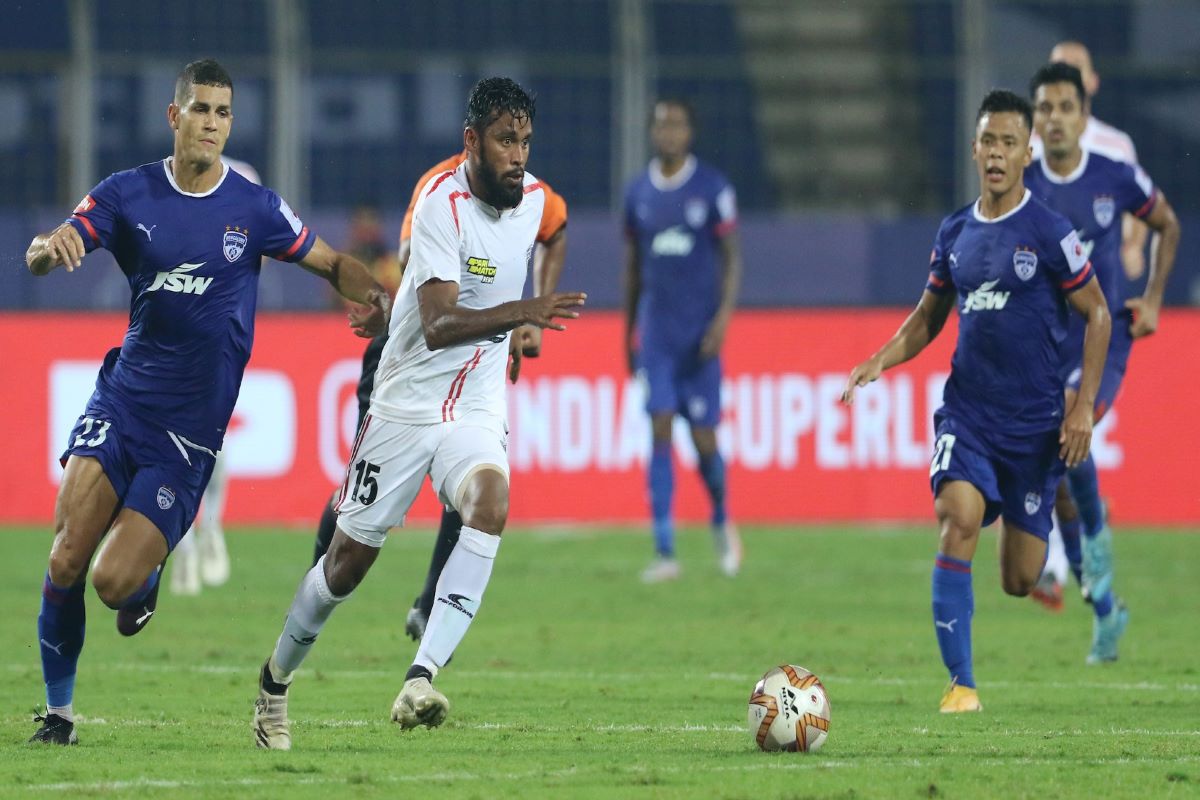 A tantalizing end-to-end football match ends all square. Both teams remain unbeaten. BFC came up with a better attacking display but this NEUFC unit is a tough nut! NEUFC, however, will feel it could have done better for the Udanta goal. Machado capped off a lively display on the left flank with two goals, the second one to level the scores for NEUFC.

Bengaluru conceded its fastest goal in the Indian Super League (ISL 2020-21) when NorthEast United FC struck in the fourth minute during their clash on Tuesday.

The goal came from a fine attacking move from NorthEast United as Rochharzela cut in from the right and struck from distance. The shot grazed Juanan’s boot before taking a massive deflection off Luis Machado and looped into the goal.

But rather than be pegged down by the early goal, Bengaluru responded with a flurry of attacks and eventually found their equalizer, NEUFC’s lead lasting just over ten minutes. A Rahul Bheke throw caused all sorts of chaos in the NEUFC box and it fell to Juanan, whose first-time shot found the net.

The Blues started the second half in the same way as they had ended the first — hogging possession, creating chances and failing to take them. But they finally had their lead in the 70th minute and it was some lax defending from the Highlanders that led to it. Sunil Chhetri won a header at the edge of the box and directed it towards the far post. Dylan Fox should have cleared it but let it roll into the path of the onrushing Udanta, whose shot crept in under goalkeeper Gurmeet’s hands. On the touchline, Cuadrat appeared ecstatic.

However, his joy was not to last long as Bengaluru’s lead lasted just under eight minutes. Juanan went from hero to villain as his failure to deal with a ball from midfield allowed Machado to slot past Gurpreet and grab the equalizer.

Northeast United stands at 2nd on the table with 9 points, while Bengaluru Fc is on 4th with 6 points.