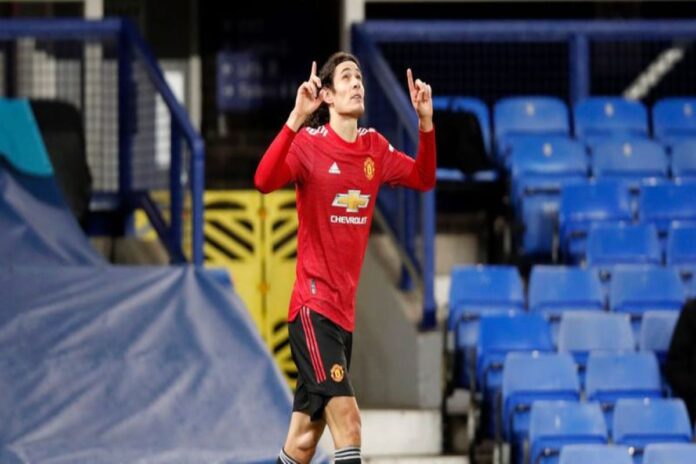 Ole Gunnar Solskjaer has implied that Manchester United is looking to hand Edinson Cavani a new deal especially given the way the 33-year-old has performed. The former PSG striker signed for the Red Devils on a free transfer over the summer and has contributed to four goals in thirteen appearances.

When Manchester United signed Edinson Cavani over the summer window, nobody expected the deal to really stick especially since the 33-year-old had struggled in his final year with PSG and since the forward was their second choice option. But things have worked out in favor of Manchester United with the forward impressing everyone at the club and even contributing with a few key goals over the last five odd months.

That includes a crucial brace against Southampton and goals against Everton in both the league and the EFL Cup with the Uruguayan impressing despite his fitness issues. It has seen Ole Gunnar Solskjaer admit that he believes Cavani has a few years left in his body before he retires. The Manchester United boss further implied that the club is thinking about handing the Uruguayan a new deal although he didn’t say it outright.

“At the moment, it looks like he has a few years left in him so I wouldn’t say anything else. He has made a great impact when he has come here. Let’s focus on improving everyone but he has a few years left in him. He is so meticulous and professional, his habits and everything about him, shows why he has had the career he has. Even at the age, he is now he is one of the fittest players we have got,” Solskjaer said, reported ESPN.

The 33-year-old has started only four games for Manchester United this season with injuries playing a major role in that although a large part has been Cavani building-up his fitness again. The former PSG forward didn’t play after football went into lockdown for the club before he signed for the Red Devils and it saw Solskjaer admit that Cavani is a starter. The Norwegian further added that the striker will eventually play more games once he builds back his fitness levels.

“He is definitely a starter. You don’t classify a player of that quality as anything else. He will probably start more games than he will not start. The first thing he asked me when I spoke to him was if he could wear the No. 7. When you think of the history of his career and the experience he has had, his personality from the chat I had with him and when I watched him before, it wasn’t in doubt that he could handle the number seven shirt,” he added.