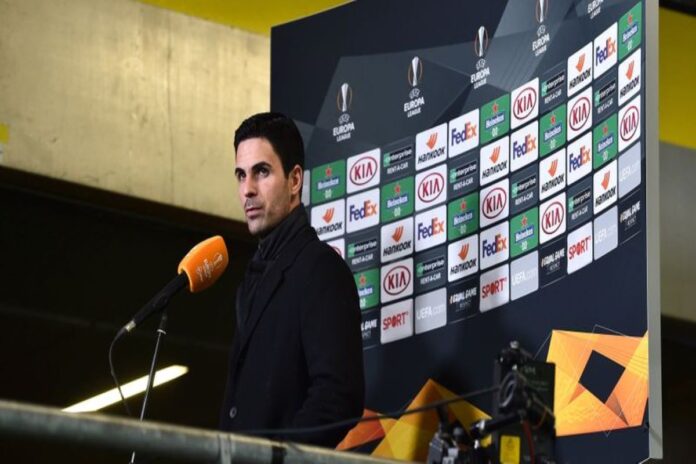 With Mikel Arteta coming under fire recently, Pep Guardiola has admitted that Arsenal will not find another manager better than the Spaniard and expects Arteta to turn things around. The North London giants are on a terrible run of form with them currently on a five-game winless run in the league.

Despite finishing their Europa League group unbeaten, Arsenal’s Premier League form has left a lot to desire with the North Londoners struggling to perform. Mikel Arteta’s squad has come under immense fire over the last few months with the club on a five-game winless run. That includes three consecutive losses and to make things even worse, Arsenal hasn’t won at their home ground since October 4. That has seen Arteta come under immense pressure with calls to sack him from certain parts of the Arsenal fanbase.

However, while the club has continued to back their manager, with Sporting director Edu revealing that the Spaniard needs time, fans and critics alike are still concerned. Yet, ahead of a tough run in December, Pep Guardiola has confessed that the Gunners will struggle to find a better manager than Mikel Arteta. The Manchester City boss further added that the Spaniard has his support and believes that if there is anyone who can turn over this run of form, it is Arteta.

“Arsenal doesn’t have a better manager than leads this club — in this year and the next — that is better than him. I don’t have to give publicly my support because he has it and he knows that he has it. He’s one of the best managers I’ve ever worked with, of course, and seen directly,” Guardiola said, reported ESPN.

“I’m pretty sure he will turn over and will do it as everyone expects. But sometimes when a club comes from not a good period, sometimes it needs time. I would say [if I was] part of the board at Arsenal, I will not have any doubts about his quality and capacity to put Arsenal in the place like Arsenal deserves to be.”