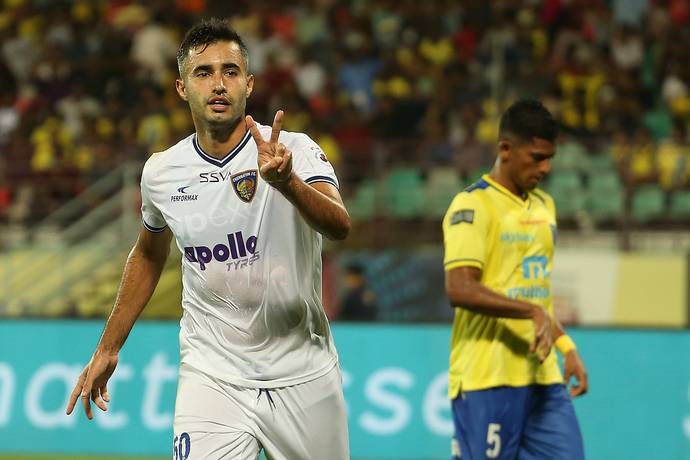 Chennaiyin FC will look to extend their scoring form on Sunday when they take on a struggling Kerala Blasters FC.

Chennaiyin FC got off to a bright start against Jamshedpur FC by registering a 2-1 win on Tuesday. Two first-half goals from the impressive Anirudh Thapa and Esmael Goncalves drove the team to a comfortable victory even though they had plenty of chances to extend the lead.

Prediction: Total Goals scored – over 1.5 goals in the match