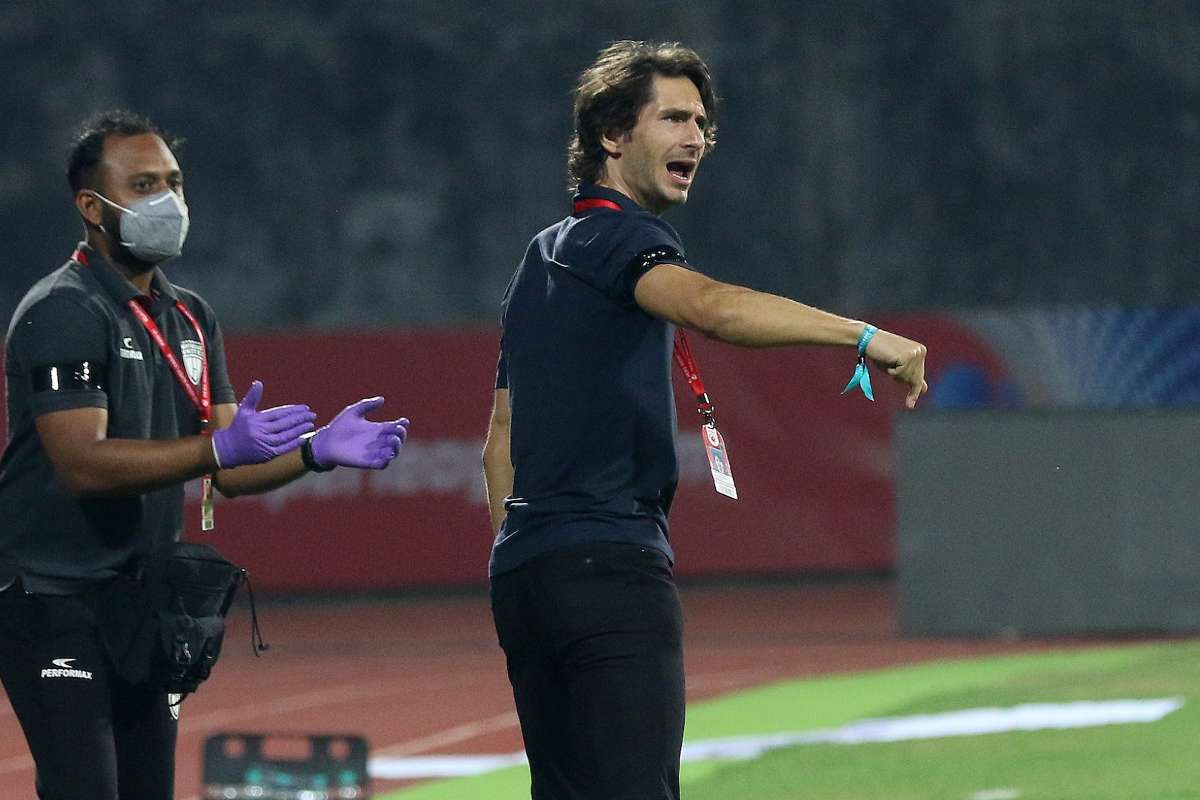 Northeast United FC coach Gerard Nus has admitted that the morale of the team is pretty high after their performance in the last couple of matches.

With a less glamorous team on paper compared to the others and a new coach on the job, not much was expected from Northeast United FC when they took the field against Mumbai City FC in the opening match. But they pulled off an upset, edging past the ‘islanders’ by a 1-0 margin, and followed it up with a 2-2 draw against Kerala Blasters FC, nullifying a two-goal deficit.

With NEUFC set to cross paths with FC Goa this Monday evening, the team’s head coach Gerard Nus has admitted that the morale of the team is very high after the spirited performances in the last couple of matches.

“The morale is really high. We are excited about the previous performances. We definitely have to keep improving in some aspects. We keep the positives from the last two games and are thinking about tomorrow’s game. It is a major challenge. Goa is last year’s champions for a reason,” said Gerard Nus, ahead of Monday’s game.

Given the fact that FC Goa is yet to register a win in the ongoing season, Nus feels that all the pressure will be on them, with the matches also being played at their home venues. But, according to him, the Highlanders’ are ready to counter the defending champions with brave hearts.

“Goa has the pressure to win. They have a huge squad in terms of quality and talent. They need to get the three points. All the games are in Goa. But we will be brave and go for the game. We are working hard to be competitive in every game. I am not surprised by the way we have played. That’s the way we train. It is the resolve, passion, and hard work we put in every training session. Everybody is working hard, both players and staff,” added the Northeast United FC coach.