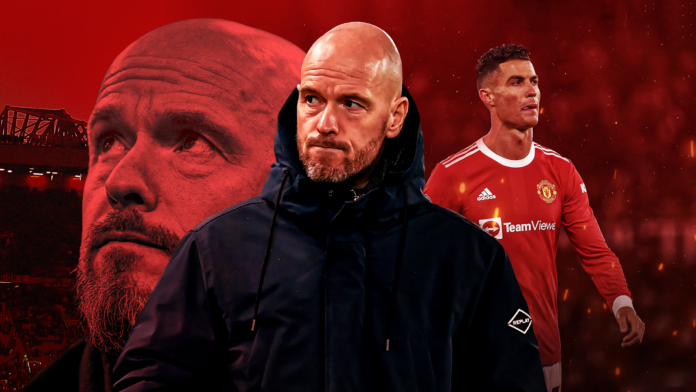 Manchester United’s next boss Erik Ten Hag has asserted that taking over the reins at the English club will prove to be a difficult challenge although he admitted that he is excited at the scope of the challenge. Ten Hag will leave his role at Ajax and join United at the end of the season.

Manchester United confirmed the appointment of Erik ten Hag as their next manager last month after a thorough and deliberate recruitment process. The Manchester club will usher in a new era next season with current Ajax manager Erik ten Hag set to take over the hot seat at Old Trafford ahead of the 2022-23 campaign.

The Dutchman will have to oversee an extensive rebuild at the English club and will be tasked with overhauling the squad to fit in with his ethos. The 52-year-old who signed a contract with the Manchester club until 2025 led Ajax to their third Eredivisie title under his reign at the club.

Ten Hag will have a busy summer as he aims to bolster his squad with incomings with the club set to sanction several departures of key players such as Paul Pogba, Juan Mata, Nemanja Matic, Jesse Lingard although the Dutch boss admitted that he is excited to restore the club’s fortunes.

“It felt like a difficult but great challenge. That is the most beautiful thing there is. There is something to build at United and something to gain. Manchester United is such a big name in football history. It feels like a challenge to put the club back on track of winning. Old Trafford is nicknamed the Theatre of Dreams for a reason. It is a club with name, fame and allure in international football,” Ten Hag told GOAL.

“The history is impressive, but I also started to delve into the present and the future. And the options that are available. They are there, also financially. If you also get a good feeling about the people there, then the picture is right and then the factors are present to take this step,” he added.