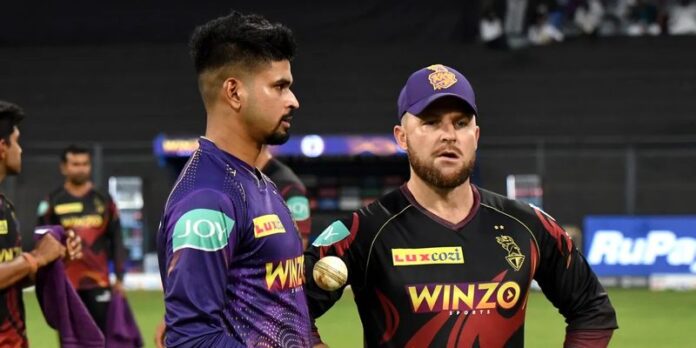 Last tear’s runner-up Kolkata Knight Riders have not had a great IPL so far as they have won just 5 games from 12 matches in the tournament so far. Former India cricketer Mohammed Kaif is of the opinion that all is not well between KKR captain Shreyas Iyer and coach Brendon McCullum.

The Kolkata Knight Riders managed to defeat Mumbai Indians by 52 runs in their last game which helps them stay relevant in the tournament. But, the chopping and changing that has happened in their playing XI since the beginning of the tournament has not pleased former cricketers and they feel that the team is not settled. KKR management has been criticised for the way they have changed the team and played 20 players from their squad in IPL 2022.

Former India cricketer Mohammad Kaif talked about the things that are going on in the KKR side and feels that the constant changing of the playing XI has created a negative environment in the team. “KKR had a lot of players, but they couldn’t play them and made too many changes in their playing XI. These changes add pressure on the players and it is difficult to play in such an environment. KKR management is to blame for this situation as they have done a lot of chopping and changing,” Mohammad Kaif said while speaking to Sportskeeda.

Mohammad Kaif believes that all is not well between KKR coach Brendon McCullum and skipper Shreyas Iyer, “The atmosphere will be very bad. We all saw that during their game against RR. Shreyas Iyer was visibly frustrated by coach Brendon McCullum’s decisions regarding the batting order. That’s when they started losing more matches. It shows that the captain and the coach aren’t on the same page. Iyer, who is usually very calm, questioned McCullum during the game,” he said.