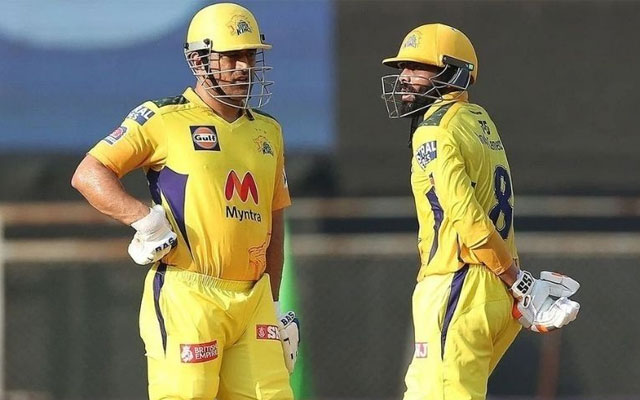 The Indian Premier League saw one of the biggest changes in leadership this year when MS Dhoni handed over the CSK captaincy to Ravindra Jadeja. However, the move did not pay off as Jadeja the captaincy back to MS Dhoni mid-way, Ravi Shastri feels the all-rounder is not a natural captain.

Ravindra Jadeja was handed the captaincy of the Chennai Super Kings two days prior to their first match of IPL 2022 which was also the season opener. The match was a repeat of last year’s final as KKR took on CSK and defeated them comprehensively. What followed after that was a nightmare for the defending champions as they had the last 5 games out of the six that they played under their new captain. After captaining the team for 8 games, Jadeja decided to step down from captaincy and hand it back to MS Dhoni.

MS Dhoni was back donning his former role and in the three games that he has captained so far, Dhoni has won two to keep CSK’s hopes alive for playoffs. However, former India head coach Ravi Shastri is of the opinion that Ravindra Jadeja is not a natural captain and giving him CSK’s captaincy was a little hard on him. “He is not a natural captain. He hasn’t captained at any level. So, to give him the responsibility I thought was a little hard on Jadeja,” Shastri said on ESPNcricinfo’s T20 Time Out.

“People might want to judge Jaddu, but it’s not his fault. He hasn’t captained anywhere. He looked like a fish out of the water, totally out of place and he’s far better off playing as a player. Because he’s one of the best around in the business when it comes to allrounders.

“So let him just focus on his cricket. That (decision to give him the captaincy) cost CSK a few games early on. If you see the form they’re in now, if they had this going early on, they’ll be right up there in the mix.”

The former cricketer was asked who can lead CSK in the future to which he said, “Who could be the options then? Just like Faf du Plessis for RCB,” Shastri said, suggesting Super Kings wait till the auction if need be. “Within the mix, if you think Ruturaj has, or Moeen or even a local player, if there’s someone who you think has that ability to lead a side, go for it.”