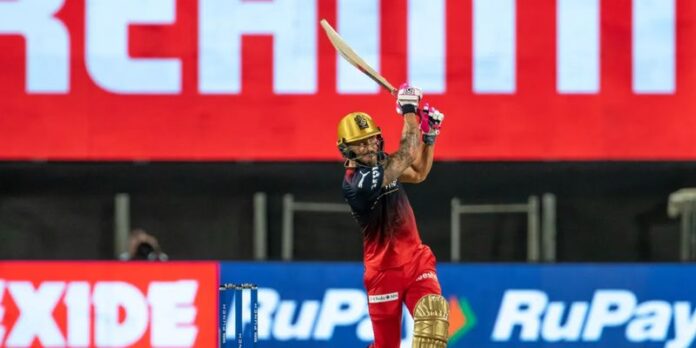 Virat Kohli has shared his views on Faf du Plessis’ captaincy saying he is sure of himself while taking decisions and has full authority on the field. Kohli also added that Du Plessis sometimes denies his suggestions and he respects the captain for his conviction while leading the team.

Royal Challengers Bangalore are doing well in the ongoing season and are positioned at fourth place with 14 points. The team has won seven matches out of the 12 they played. Ahead of the season, Virat Kohli stepped down from the team’s leadership and then the franchise bought Faf du Plessis in the mega auction. RCB appointed him as the captain and he has delivered with his leadership so far in the tournament.

Kohli said that he has respect for the authority of Du Plessis as the captain of the team.

“Faf (du Plessis) and I have always gotten along really well even when he was captain of South Africa. Faf is a guy who is sure of himself and he has full authority on the field,” Virat Kohli said during a light-hearted chat with presenter Danish Sait on RCB Insider.

“He tells me sometimes, if I mention things, that he doesn’t want to do that, which I respect a lot. That only makes you gain respect for the person you are playing under.”

AB de Villiers has been one of the important players for the franchise in the past and he retired from all forms of cricket last year. Kohli said that De Villiers might return to the squad in some capacity.

“I miss him a lot. I talk to him regularly. He was in the US recently with his family watching golf… He is keenly observing RCB and hopefully, he will be here next year in some capacity,” he said.