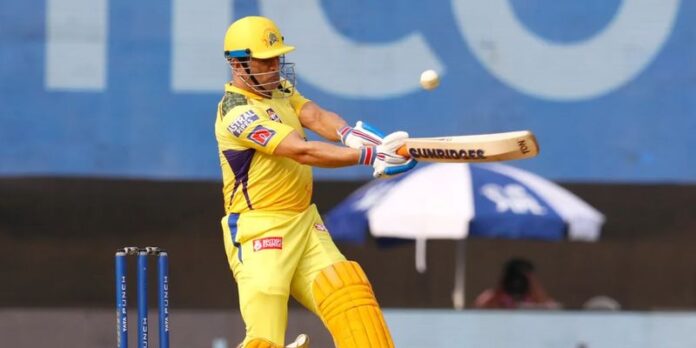 CSK skipper Ravindra Jadeja has said that it is good to watch MS Dhoni’s hunger after the latter scored 16 off the final four balls to snatch a win against MI on Thursday (April 21). Jadeja also mentioned that they were calm and had the belief in themselves that Dhoni would finish things off there.

MS Dhoni turned back the clock to inspire Chennai Super Kings (CSK) to a three-wicket win against Mumbai Indians (MI) in Match 34 of the Indian Premier League (IPL) 2022 at Dr DY Patil Sports Academy. Requiring 16 off the final four balls, Dhoni got the job done with a final ball four to guide CSK to a memorable win. He remained unbeaten on 28 off 13 balls.

CSK Ravindra Jadeja, who bowed down to Dhoni after the match, praised him for another stupendous performance. Jadeja stated that it is good to see Dhoni still has hunger inside for runs and wins, and he still looks in decent touch.

“It’s very good that he is still hungry (for runs and wins). His touch is still there. And looking at it, all of us remain calm, that if he is in the middle and stays till the final over, he will win the game,” Jadeja said at the virtual post-match conference.

Further, Jadeja revealed that though they were tense, they had the belief that Dhoni would take them past the finishing line, as he often did for both club and country in the past.

“We were tense but had a belief that he (Dhoni) was out there, he would finish the game and come. He has won so many games for India, that in the IPL, we knew that he would finish the game. Somewhere we knew that if he (Dhoni) stays till the last ball, then definitely he would win the game for us. We had the belief that he wouldn’t miss the final two-three balls and luckily that happened,” he added.

With two wins and five losses, the CSK sit at ninth on the points table. They will next meet Mayank Agarwal-led Punjab Kings (PBKS) on Monday (April 25) at the Wankhede Stadium, Mumbai.