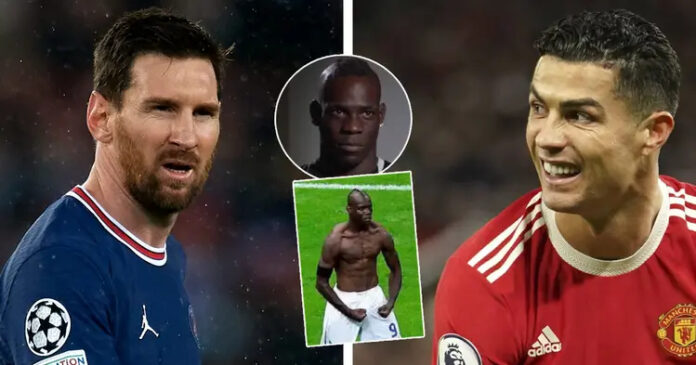 Demirspor striker Mario Balotelli has admitted that he believes he had the talent and quality to be as good as Cristiano Ronaldo and Lionel Messi but missed his chance to play at that level. The Italian forward has played football all across Europe with successful spells in England and Italy.

Few players were as lauded as Mario Balotelli when the forward first broke out at Inter Milan and while he thrived for the Nerazzurri and then Manchester City, it never went according to plan. Instead, Balotelli remains football’s enigmatic character who has struggled to reach the level that his talent showed he could with unsuccessful spells at Liverpool, Brescia, Monza and a few others.

Yet there was a moment where Balotelli could have become one of Italian football’s great strikers although the forward believes that he missed his chance to play at Lionel Messi and Cristiano Ronaldo’s level. The 31-year-old admitted that he had the quality and talent to play like them, but their consistency and the fact that they’ve won a combined 12 Ball d’Ors puts them in a different class.

“I missed some chances to be at that level. But I am 100 per cent sure that my quality is the same level as these people, but I… I missed some chances, you know? It happens. And nowadays, I cannot say I’m as good as Ronaldo, because Ronaldo won how many golden balls (Ballons d’Or)? Five? You cannot compare yourself to Messi and Ronaldo, nobody can. But if we’re talking about only quality, football quality, I have nothing to be jealous of them, to be honest” Balotelli told The Athletic.