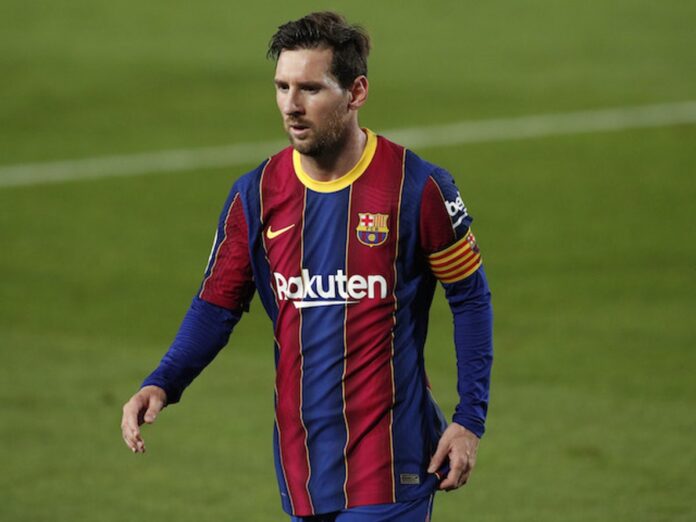 According to Goal, Barcelona star Lionel Messi is yet to decide his future at the club and has made no contact with Paris Saint-Germain despite interest from the Ligue 1 giants. The Argentine has only six months left on his current deal with the club and is free to discuss a pre-contract agreement.

Few players’ futures have been discussed as much as Lionel Messi’s has over the last five odd months especially in light of his transfer request over the summer. The Argentine’s future has been up in the air for quite sometime and Barcelona’s problems haven’t helped with that. However, now with only six months left on his current deal and the fact that the 33-year-old is free to discuss a pre-contract agreement with clubs outside Spain, has seen many concerned.

That is especially in light of PSG’s growing interest after comments made by Sporting director Leonardo and Messi’s Argentina teammate Angel Di Maria. But Goal has reported that the 33-year-old hasn’t had any contact at all with PSG, Manchester City or any other club despite the fact that he is free to discuss a pre-contract deal. The report has further indicated that the Barcelona captain will wait until the end of the season before he decides whether or not to remain at the Camp Nou.

Goal further reported that the Argentine is choosing not the speak to clubs outside Spain and is currently only solely concentrated on helping Barcelona do better in the league. Both the club and Messi have struggled with twelve goals in the league and they currently sit ten points behind league leaders Atletico Madrid. That has only exacerbated the rumours surrounding Messi and the club which hasn’t helped their cause.