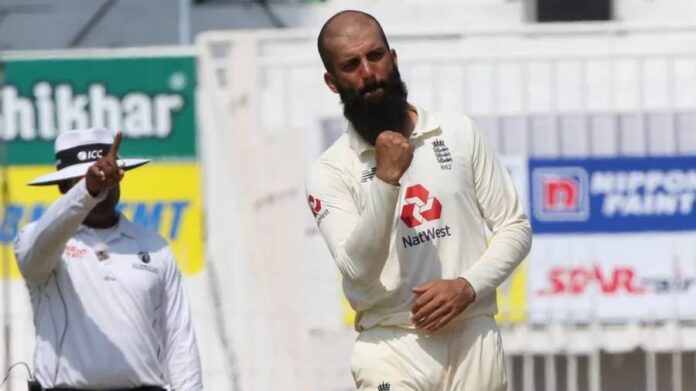 Peak COVID time was unprecedented. The world had never seen a deadlier pandemic brutal enough to stall everything and send life into a standstill. At least, in a century. One of the most important realizations that followed was to be more kind and show empathy to each other.

But cut back to the present times, and the world is back again to business. Things have normalized. The streets are no longer empty. Animals are no longer the only audible creates outside. The rush is back. And so is the toxicity that the real world brings. Far away from the realizations and promises gone by. It’s one ruthless world and continues to be. The whole sensitivity around mental well-being has gone out of the park as much as Viv Richards’ sixes would.

As soon as England slumped to an embarrassing defeat at the hands of India, and it was known that Moeen Ali will be going back home to spend time with his family, the whole social media went into a collective meltdown. Since then, he has been the victim of social media shaming and trolling for choosing to ‘spend time with his family’. His commitment has been questioned while many have suggested that the Chennai Test is going to be his last in the whites.

It quickly took me back to the time when a certain Jonathan Trott was considered a ‘runner’ when he left the 2013/14 Ashes mid-way. As unbelievable as it sounds, a certain English pundit had even felt ‘conned’ at his decision. The point being, there has always been insensitivity around mental well-being. I am not talking about mental problems necessarily. No one needs to suffer from ‘depression’ only for people to understand their struggles and side with them in support. But every step taken by any cricketer or a professional, as a matter of fact, for the betterment of their mental well-being needs to be seen with as much empathy and understanding. Mental well-being is a need not a luxury. Giving knee-jerk reactions sans understanding from where one is coming, is flabbergasting.

Getting back to Moeen Ali, he has been on the road for a good period of one and half-months now. And it’s not just any other normal away tour as we are still in a global pandemic. He had to quarantine, undergo innumerous COVID Tests, live a restricted bio-bubble life, see the same people, same hotel room, couldn’t go out freely no matter how normal outside life looked like, and stay away from his family. There is room for physical rest but not much mental relaxation in these times. Mind you, no other player but Moeen Ali was tested positive for COVID in Sri Lanka. He had to fight the battle all on his own, knowing very well that his family, young family were miles away.

Moeen was quarantined in Sri Lanka for 13 days. Not only far away from family, Moeen was far away from his teammates, far away from cricket, all by himself under isolation. Sometime or the other, he must have reflected on his decision to be on the road leaving behind his young family in these tough COVID times. Not too long ago, he was playing cricket non-stop. He was part of the side for the Australia limited-overs series that commenced on September 4. The bio-bubble life of which, far earlier. And he kept on playing. Soon after the home series, he had to fly down to UAE for the IPL. From UAE to South Africa for an away tour, with the only constant being the ever-changing bubbles and the restricted life that it offered till December 8 when he finally left for home. It all does take a toll. And many cricketers have openly talked about the complexities of living a bubble life.

And the never-ending nature of a tiresome cricket schedule is also daunting. The 33-year-old is set to feature in the five-match T20I series in India after the culmination of the ongoing four-match Test series. So, there is not much time that the England all-rounder will be spending with his family at home before he comes back to India again. And not to forget after the lengthy five T20Is and three ODIs, the IPL will commence in less than under two weeks. It would continue for a good month-and-half. And had he not taken the break right now, it would have been months and he wouldn’t have seen his family. And it’s not something comparable as not all are in the same state of mind.

It was a smart decision from Moeen to leave the Test side if anything. He’s an integral part of the limited-overs side. The southpaw is going to be a key for England in the T20 World Cup that India will host later this year. So him prioritizing the upcoming T20Is and the IPL makes sense.

Moreover, even if these weren’t the circumstances, he, or anyone, has full right to leave if they feel it is proving to be mentally detrimental to them in any way irrespective of the bio-bubble or the pandemic times. And these times only make it more obvious for everyone to understand than jump the gun. There have been cricketers who have not participated owing to the present situation and the mental toll it takes. Moeen became the first player, who openly left a series mid-way and there will be many who will follow the suit as in the new normal, we have to be far more understanding of the present scenario than just sit in the comfort of our couch and crucify those who are sacrificing a lot for our entertainment.

English skipper Joe Root put it rightly, ‘It’s been a tough tour for him. It’s come to a point where he feels he needs to get out of the bubble. I’m sure it wasn’t an easy decision. We have to respect it.’ Just respect his decision. Period.