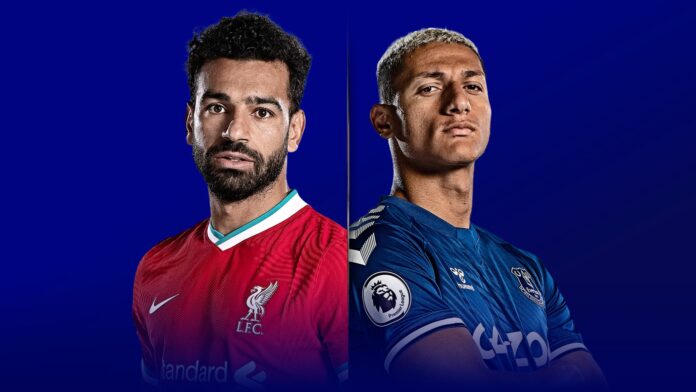 Merseyside Derby sees battle hot up for Europe in the English Premier League. Liverpool meet Everton at Anfield on Saturday.
Liverpool and Everton clash in the Merseyside Derby at Anfield on Saturday, with the pressure mounting on the pair in the English Premier League.
The north west clubs have both gone three games without victory in the EPL, putting the kibosh on Liverpool’s title defence and putting the squeeze on Everton’s top four aspirations.
Jurgen Klopp has watched on in horror at an unprecedented three straight losses on his watch, with Brighton and Manchester City both coming away from Anfield with three points.
They then took the lead at high-flying Leicester last Saturday, only to crumble to an infuriating 3-1 defeat.
It leaves them 16 points adrift of leaders Manchester City and sixth in the Premier League table, three points and a place above this weekend’s visitors, who have a game in hand.
Klopp’s injury nightmare in defence continues with Virgil van Dijk, Joel Matip and Joe Gomez all missing, which should see new recruit Ozan Kabak continuing at the back despite his nightmare debut. James Milner and Naby Keita are among the other casualties for Klopp as the Reds strive to turn their campaign around. Everton might be glad to hop across Stanley Park away from their Goodison Park home after back-to-back defeats against Fulham and Manchester City.
The Toffees have won just one of their last five and have slipped to five points adrift of the top four despite an excellent first half of the campaign. Star man Dominic Calvert-Lewin is facing a race against time to return from a hamstring injury that has kept him out in recent weeks.
Yerry Mina doesn’t look likely to play at the back, although Jordan Pickford should be fit to feature between the sticks.