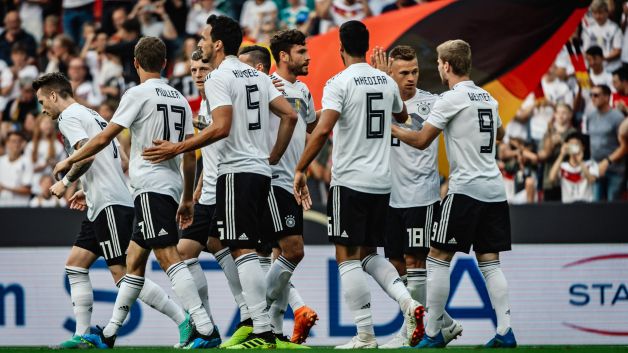 Lothar Matthaus believes that Joshua Kimmich could become the captain of both the German national team and Bayern Munich in the near future. The 25-year-old has become a key cog of the Bavarian’s team over the last few years with him replacing Philip Lahm and has already won five league titles.

While few will deny the impact that the likes of Alphonso Davies, Robert Lewandowski, Serge Gnabry, Thiago, and even Manuel Neuer made last season, Joshua Kimmich floats under the radar. The German is possibly the greatest versatile player in the modern era with him capable of playing across the field just as effectively. Not only that, few players in the world have been as effective as the 25-year-old has been for Bayern.

It has seen Kimmich win plaudits not just for the way Bayern Munich have struggled in his absence but especially for the way he has transformed and taken his game to another level. It has seen Lothar Matthaus admit that, for him, Kimmich is “one of the most important players in German football”. The Bayern Munich legend further added that Kimmich could be the “next captain of Bayern” and even the “next captain of the national team”.

“Joshua is one of the most important players in German football not only now but also for the future. I see him as a new (next) captain of Bayern, I see him like a new (next) captain of the national team. He has the German mentality.  He is always giving his best. He is a winner. He can defend, attack, give the last pass, give the cross, score, plays with passion. He has a lot of quality and he is just 25 so it is fantastic.”

Bayern Munich lifted the treble last season, despite looking like they were out of everything and it has seen many claiming that this could be one of the club’s best teams ever. Matthaus agreed with that statement despite the fact that he believes “it is very difficult to compare teams from 10 or 20 years ago”. But he further added that he believes the Bavarians “have one of the strongest teams ever in the history of Bayern football”.

“It is very difficult to compare teams from 10 or 20 years ago. At this moment, Bayern have one of the strongest teams ever in the history of Bayern football. Maybe the best team ever, but I really cannot tell it is better than the team of (Franz) Beckenbauer and (Oliver) Kahn.

“The team is very strong, everything is working well and not only on the field. Around the club, everything is perfect and organized, everyone is working for the best result. The coach (Hansi Flick) and team work very well together, they understand each other,” he added.