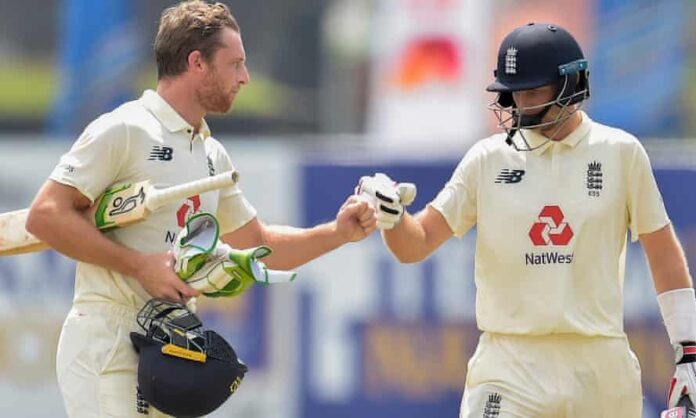 Welcome to a Joe Root masterclass. Unlike AB de Villiers, who played his 100th Test amid much fanfare in India, Root’s historic moment came in an empty stadium in the silence of Chepauk. But the delicious cover drives, reverse-sweeps, clips, flicks, pulls and punches – this was pure gratification.

Somewhere in the world of Steven Smith’s madman consistency, Virat Kohli’s overpowering persona, Kane Williamson’s gentlemanly class and Babar Azam’s crazy potential, we forget Joe Root. And we are as guilty as his dwindling Test form over the last couple of years. But when he is in his element/trance, he’s a different class altogether. The masterfulness and ease with which he dominates opposition sets him apart.

Someone watching Joe Root for the first time today would be surprised to know that Joe isn’t from India as he looked more at home than even the hosts. This was a massive test. Not only because the right-hander was becoming part of few elite men to have played 100 Tests from England, but a rampant Indian team needed a strong challenge from English talisman before the aura and grandeur of India took over in the head of England, which is often the case for visitors. It’s a battle of mind as much as skills and stamina.

Root was at the heart of England’s momentous effort today. The visitors despite a solid opening stand found themselves in a vulnerable spot as they were 63 for 2 when Root arrived. On the very first ball, Ashwin sent Root a gentle reminder that this ain’t Sri Lanka and the challenges will be greater and the bowling tighter as he induced a leading edge with his well disguised drift.

The fast bowling challenge was also never going to be as easy as Bumrah kept him at his toes with his in-dippers. The Pacers were getting a hint of reverse swing. The first 50 balls had eclipsed and Root’s sweeps had still not seen the light of the day. For Root, sweeps in Asia are akin to cover drives for Kohli. It is that feel good factor that helps him get into his zenith. But you just don’t play 100 Tests and average close to 50 sans top-notch quality. Root’s plan was simple. He was baiting India with the silence before the storm. All that he needed was the introduction of inexperienced Washington Sundar and Shahbaz Nadeem as he was going to feast on them all day long.

This is Test cricket after all. The longer you survive, the greater the chances of inflicting greater damage. For Root, he had a lot more on his head. Stokes and Pope were to come minus much match practice. India’s ability to induce collapse is as known as England creating a hole. Well, he was also part of the 2016 Chennai Test where he had seen England go down like a pack of cards in the final two sessions of the Test. And this India had no net or tired bowlers. They had only grown in confidence as the team was coming after a high of back-to-back series wins Down Under.

But Root wasn’t going to gift wrap his wicket to Sundar like Steven Smith. Instead, he launched a scathing attack on him. He was back to sweeping the spinners. The reverse-sweep was out. So was the disdainful slog sweep off Shahbaz Nadeem in the 48th over when he fetched the ball from wide outside the off-stump for a dismissive four. It was a clear-cut statement that Nadeem is no Lasith Embuldeniya and was going to be treated accordingly. The Yorkshireman’s confidence in sweeps were at all-time high as he was coming after hitting 53 and 52 sweeps in the last two Tests against Sri Lanka with his sweep averaging a mind-boggling 299 runs per dismissal, as per CricViz. To add to that, had Joe Root only scored runs with sweep shots in 2021, he would still be the 12th highest run-getter in Tests.

The sweep shot in essence opens up the whole field. And this is the checkmate moment for Root. Who said only bowlers set baits and trap batsmen? Top-class batters do the same to bowlers. They make bowlers bowl in their areas of strength, which they can second guess beforehand. The Ashwin vs Root battle was always going to be fascinating despite the English no.4 having a better record against the offie having scored 251 runs and losing his wicket only three times with Root’s SR of close to 60 coming into the Test.

But Ashwin is a master of his craft, who’s always reinventing himself and evolving with time. Given how he had worked over Smith, there were similar hopes in this Test. A major question was how would Ash deal with Root’s sweep assault? Right, after the first time the Englishman swept him, it was set to be an alluring battle. Next two deliveries, Root defended the ball off the backfoot. Root is as nimble and decisive with his footwork. He can come forward and defend and also go back and block the ball as well. No wonder he’s a complex nut to crack for spinners.

After that Ash delivered two loose half-trackers, which was Ashwin’s way of staying one step ahead of Root as he was expecting the cross batted sweep. But it was not to as Root pulled and punched the premier Indian offie for back-to-back boundaries. After that, the battle was as good as dead. At the end of the day, Root had collected 26 off 38 against Ashwin at a SR of 68.42.

After that he was creaming the ball past cover, kneeling down to sweep, slog sweeping, playing dabs, even switch-hitting, the late cuts, the flicks, the punches, it was a Joe Root exhibition. There wasn’t even one area where the English skipper didn’t score runs. The sweep remained his most productive shot as he collected 26 runs off it. He played arguably his best Test knock in his 100th Test to make it truly memorable.

Root finished the day unbeaten on 128. He came, he saw, he conquered. The way he annihilated the Indian bowlers had inkling of the Kevin Pietersen’s 2012 Wankhede epic as such was the way he forced the Indian bowlers into submission at their own backyard in one of their most loved venues to set up the tone for the series, which has certainly sent India the warning signal that this is England side ain’t any pushover, especially as long as Joe Root is at the forefront of the side.