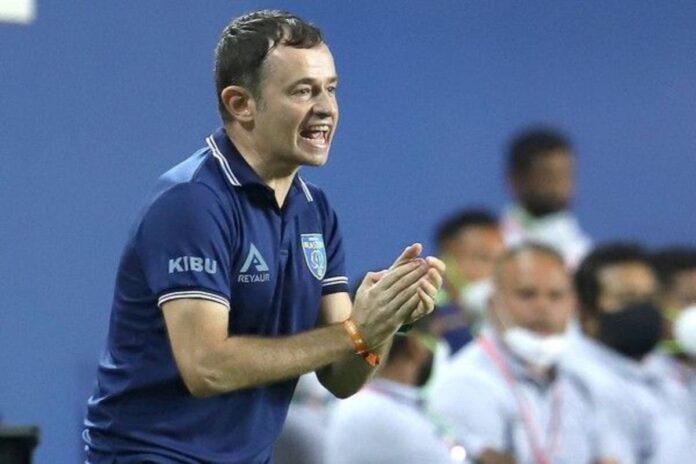 Having gone 2-0 up in the last game, Kerala Blasters FC gave away three goals and walked away with an unlikely loss, ending all but their hopes of making it to the playoffs this season. With yet another controversial decision going the opposite way against ATK-Mohun Bagan, Kibu Vicuna does not want to make a fuss about it as done by other coaches in the league. Instead, he wants to focus on his football team and the game ahead of them – against Mumbai City FC.

“I don’t want to talk about referees. We have to focus on the game (against Mumbai City). We respect the referees, we respect that they are a very important part of the game. I want to talk about football and our team. We have to focus on what we can do which is to play better and try to get the points,” said Kibu Vicuna, ahead of Wednesday’s game.

A brilliant strike from Gary Hooper and Costa Nhamoinesu’s second-half goal gave the Blasters a two-goal lead by the 51st minute. But, Vicuna feels that ATK-Mohun Bagan started to believe that they can stage a comeback in the game, with the ‘Mariners’ claiming all three points by the end of the game.

“We played very well for 60 minutes (against ATK Mohun Bagan). After the first goal, they started to believe they could get the points and the match was more even. Both teams had similar chances, it was very hard to digest that we lost the game. It was nothing physical or tactical, it was more about small details. It was not that they were clearly better than us,” added the manager.