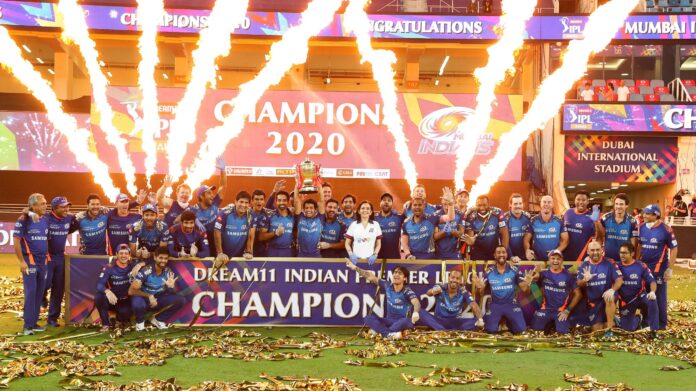 Mumbai Indians were on an absolute roll last season, or in fact, seasons after seasons, thanks to the effort and drive they have put into the system with machinery as strong as Reliance working behind it. They will approach the 2021 auction with a relaxed head, only to buy a few back-ups.

When Mumbai Indians scampered to their fifth IPL title in the UAE last year, the celebration was quite reticent as compared to their previous wins. Such had been the surety of their win, you were left to believe if you were watching two different leagues at the same time. That is Mumbai Indians – a team that banks on its structure to do the job and the players to follow the already envisioned template.

Thus, it was not a surprise when they decided to cut seven players from the roster – five of them overseas – to bring Rs 15.35 crore in their wallet for IPL 2021 Auction. With Lasith Malinga retired, and others not adding any significant value, there was a clear logic and conviction in the planning and they are now well prepared to take on the auction with a free mind.

In 2020, despite Lasith Malinga’s absence, their replacement pacer James Pattinson partnered nicely with Jasprit Bumrah and Trent Boult to form a lethal pair. However, with Mumbai releasing him to the pool this year, they will need a pacer to fill the vacant spot. Krunal Pandya is sure to start but the same can’t be said about any of their back-up spinners, including Rahul Chahar. Anukul Roy and Jayant Yadav, despite their decent success last time, don’t pose a huge challenge either, thus having another Indian spinner in the ranks will do. Even though Mumbai have the strongest middle-order of all teams in the IPL, they will also look forward to having a back-up batsman to be prepared for the worst-case scenario.

Shakib Al Hasan – the child of the IPL – is back in the IPL after a year-long hiatus and the stakes are quite high at this moment. An IPL batting career strike rate of 126.65 with a bowling average of 28.00 at 7.46 economy speaks of his calibre, something he has proven in his stint at both Kolkata Knight Riders and Sunrisers Hyderabad. If Mumbai can secure his services, it solves two of their problems – a middle-order power-hitter and a back-up spinner if any of the Pandyas have a bad day. That also allows them to pick for someone like Dhawal Kulkarni in the playing XI while forming the overseas line-up with Quinton de Kock, Kieron Pollard, Shakib, and Trent Boult.

England’s ODI series against Ireland in 2020 saw David Willey breaking the shackle and emerging as a solid craftsman at what he does. A willy operator in limited-overs cricket, thanks to his arsenal of variations coupled with his late swing made the Yorkshire pacer a solid prospect if Mumbai wants to add some variation to Jasprit Bumrah and Trent Boult’s fire and brimstone. It also brings Billy Stanlake into the picture after the lanky pacer was released by Sunrisers Hyderabad. In his last 10 matches in the BBL, only twice has the Scorchers pacer conceded over 30 runs while picking 13 wickets and it says something about his importance in a T20 set-up. Sure enough, he won’t be out of place with a Mumbai Indians jersey on.

Sure enough, Mumbai have Hardik Pandya and Keiron Pollard in their starting line-up, but for the simple fact that none of the duo bowls regularly might interest the five-time champions to go for an old dog like Daniel Christian, who just had a fantastic Big Bash League campaign for Sydney Sixers. The Aussie was previously a part of Rising Pune Supergiant and played a crucial role in the side reaching the final of the 2017 edition. It won’t be a bad idea for Mumbai Indians to go for the Aussie as a like-to-like replacement for his compatriot Nathan Coulter-Nile and add the known-winner.

If you have followed domestic cricket in the last couple of years, then Baroda’s Lukman Meriwala would be a familiar name. The guy could do no wrong it seemed and it is only a matter of time he stamps his authority in the Indian Premier League as well. A T20 bowling average that stands at an incredible 14.54, Meriwala was a paramount feature in Baroda qualifying for the Syed Mushtaq Ali Trophy as he picked up 15 wickets at 13.26 and think what, with a ridiculous ER of 6.52. Genuinely a class left-arm pacer, he can be a replacement for Trent Boult if it comes to that and Mumbai can play an extra overseas batsman.