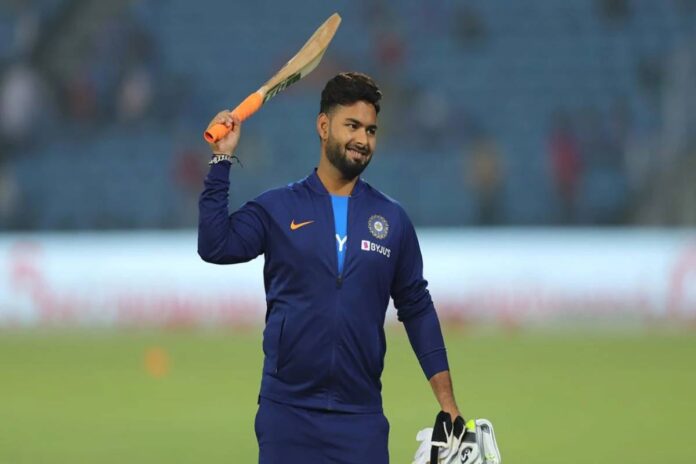 Virat Kohli confirmed on the eve of the first Test that Rishabh Pant, who starred in the series win in Australia, will keep wickets for the side and added that the management will look to give him a long rope. Kohli also hinted that India will look to field bowlers who can contribute with the bat.

After spending the first two years of his career as an ‘away specialist’ Rishabh Pant is all set to get an extended run in the Indian Test team as a full-time wicket-keeper as Indian skipper Virat Kohli, ahead of the first Test, confirmed that the young Delhite will start ahead of Wriddhiman Saha.

Pant ended the Australia series as India’s highest run-getter and famously starred in the historic chase at Gabba, but there were still doubts about the 23-year-old’s place in the starting XI owing to India historically preferring to field the better keeper at home. Kohli revealed that the side wants to see Pant build on his confidence and asserted that the youngster will improve in all departments as he starts to play more games.

“Rishabh will start. Rishabh will take the gloves tomorrow. He’s had impactful performances in Australia and he’s in a good space – we want him to build on this. Along with him improving all aspects of the game, which will happen with more game time and the more confidence he gains playing those games,” Kohli said in the pre-match press conference on Thursday.

“That’s how we look at Rishabh. He’s come along very nicely after he came to Australia. He wasn’t a part of the white-ball squads but he kept working hard on his fitness and his game and realized the importance of putting in that work. He got his results eventually.”

The Indian skipper further stated that, owing to him being an x-factor player, the management will continue to back Pant in the years to come. Kohli hailed Pant’s talent and claimed that the southpaw has the ability to become a ‘consistent match-winner’.

“All of us were happy to see, because he is someone we have backed quite a lot. He’ll be continued to be backed because he is an impact player. And along with his hardwork  he can definitely be a consistent match-winner for India, and someone that the opposition would be wary of.”

While Pant had a series to remember, that was not so much the case for Kuldeep Yadav, who exited the shores of Australia not playing a single Test despite injuries gallore in the visiting camp. Kuldeep, in fact, last played a Test two years ago in Sydney and has since seen himself warm the bench continuously. When asked about the left-arm wrist-spinner, Kohli admitted that Kuldeep went through a tough time, but revealed that the 26-year-old will once again be in the team’s plans heading into the home season. Kohli expressed admiration for Kuldeep’s improved fitness levels and claimed that the left-arm wrist-spinner, currently, is bowling as well as he ever has.

“It’s a delicate balance we need to have – understanding what the teams goals are, at the same time communicating accordingly to the individuals as to where their game stands, what we’re looking to do as a team, what are the teams plans and where do they feature in the team’s plans. Someone like Kuldeep has not had much game time in the longest format for a while now. New Zealand the conditions were not obviously suited for playing three spinners, and something that he understood as an individual.

“But now that the home season has started, he will be in the scheme of things and he will be in the team’s plans. Kuldeep is someone who has got a lot of skill. He understood that there were areas in his game he had to work which he has since worked on – I see him fitter, I see his bowling has improved much more than what it was before and he has been adding to his skill sets as well.”

However, Kohli’s kind words for Kuldeep might not guarantee a starting spot for the wrist-spinner on Friday as the Indian skipper insisted that the team would prefer to pick bowlers who could bat. Axar Patel and Washington Sundar, both of whom are in the squad, are all-rounders who can both bat and bowl thus it could very well be the case that the duo might get the nod over Kuldeep for the first Test.

“Bowling combination we’ll try to give us as many options as possible, along with guys having the ability to contribute with the bat. That’s been the pattern for success for us in home conditions over the last few years and that continues to be the case this time around as well. The combination we’ve played in the past where guys can bowl and bat is something that will be at the forefront of our plans.”

Kohli, along with the other players and support staff, had a chance to inspect the Chepauk pitch today, and the Indian skipper described it as a “typical Chepauk wicket”. The 32-year-old stated that he expects the Chennai wicket to be a good-for-batting track that will start bringing spinners into play as the game progresses.

“The pitch is a normal chepauk pitch – quite a nice batting track with spinners getting assistance eventually. But the track is good enough to help fast bowlers stay in the game as well. So it is generally a good cricketing wicket, something that we saw in the last series that we played against England four years ago. The pitches were quite good, and they were good for cricket overall. The matches were not won inside two or three days, they went the distance most of the time.”