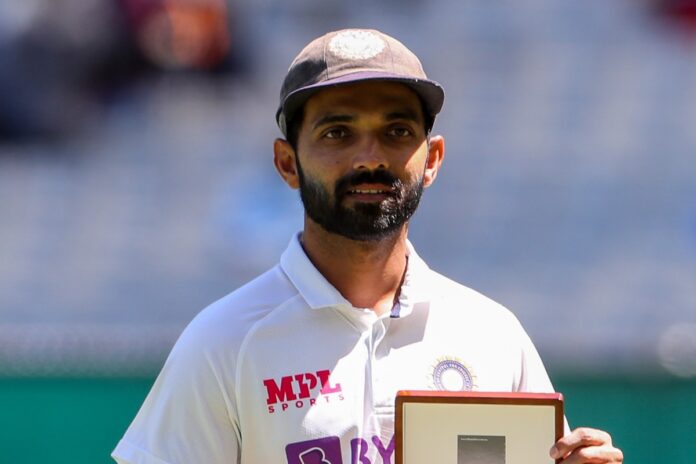 Ajinkya Rahane played down the hype surrounding the possibility of India sealing a place in the World Test Championship Final and insisted that the team is currently only focused on the Chennai Test. Rahane also asserted that India will not show a tinge of complacency versus England.

India winning the Border-Gavaskar Trophy 2-1 meant that they were always going to be favorites to reach the final of the World Test Championship, but Australia cancelling their scheduled tour of South Africa has, in many ways, made the job easier for Virat Kohli & Co. As things stand, a series victory versus England by any margin will take India to the final of the World Test Championship, where they will play New Zealand, who on Tuesday sealed qualification owing to Australia pulling out.

Vice-captain Ajinkya Rahane, however, attested that the team is currently not thinking about the prospect of playing the WTC Final. Speaking ahead of the first Test in Chennai, Rahane congratulated New Zealand for deservedly booking a place in the final, but insisted that India are currently only focused on the series at hand, and will take it game-by-game, not thinking too far ahead.

“Right now we’re just focusing on the Chennai game. The Test Championship final still has some 3-4 months to go – we’re not thinking about that,” Rahane said in a virtual press conference on Wednesday.

“New Zealand played really well and they deserve to be there. We’re playing England now and for us it’s all about taking one game at a time. England are a very good team; we have to play good cricket. Then we’ll see what happens after the series.”

England are the last team to have won a series against India in their own backyard, in 2012, but the last time the Three Lions toured the country, they were smashed 4-0 by Kohli & Co. However, despite India’s ludicrously dominant record at home, Rahane assured that the side will show no complacency, even though they are coming on the back of a historic triumph Down Under just a fortnight ago.

“We respect England; we are not going to take them lightly. For us what’s important is playing a good brand of cricket – what we’ve been doing for the last 2-3 years – and play as a unit. As I said, we’re not taking anything for granted, it’s all about taking one match at a time and then going into the series,” Rahane said.

India’s opponents, England, have resorted to resting players to manage bubble fatigue, but that hasn’t been the case with the hosts, who have opted to pick the strongest side available. This despite everyone barring Cheteshwar Pujara being enclosed in bio-secure bubbles since late August. Rahane, though, squashed suggestions of a burnout and added that the family-like Indian camp is mentally strong and, in fact, enjoying life inside the bubble.

“We’re not mentally tired at all – we’re really tough mentally. We are a family. We are enjoying each other’s company here, we’re spending time in the team rooms. Our families are here, which is really important and really good. We are not at all tired. We are very mentally tough.”

Injury to Ravindra Jadeja means that there is one spot up for grabs, and the match being played in Chennai also means that the team could entertain the possibility of playing three spinners. Rahane, however, did not give any info away and stated that the management will zero-in on the starting XI tomorrow.

“We’ll decide the XI tomorrow after our practice session.”