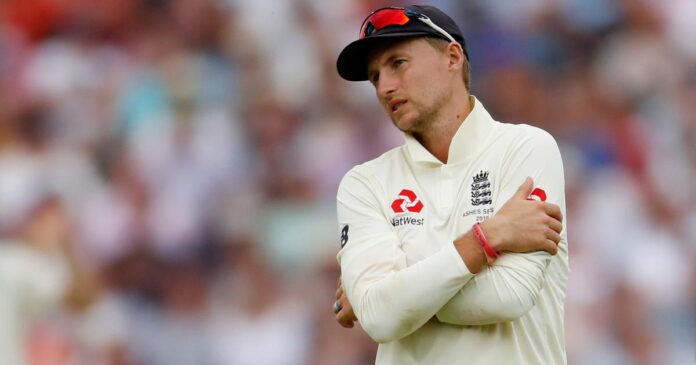 England skipper Joe Root admitted that the decision to leave out Dom Bess was tough, but claimed that Moeen Ali is in a very good place with regards to his game to come in and make an instant impact. Root restated that players will be rotated all through the series owing to both form and fitness.

England, earlier today, announced a 12-member squad for the second Test in Chennai, starting Saturday, and the biggest surprise turned out to be the omission of Dom Bess. The 23-year-old off-spinner scored 69 valuable runs and picked 5 wickets with the ball in the first Test and was expected to keep his place for the second Test. But inconsistency seeping into his game – he bowled 19 full-tosses and had a bad outing on Day 5 – meant that the visitors took the bold call of replacing the youngster with a far more experienced campaigner, Moeen Ali.

Ali hasn’t played a single Test match in 18 months, but, according to Joe Root, the 33-year-old is raring to go. Speaking ahead of the game, Root lauded Bess’ efforts, but insisted that the time was right for the visitors to blood-in Ali, who he feels is in a ‘very good place’ currently.

“Dom’s contributed extremely well over the last three games. But it’s great to see Moeen in such a good place with his game. He’s come on leaps and bounds and looks in a really good place, too,” Root said in a virtual press conference on Friday.

“I think, as a whole bowling group, it is important we consider everyone. Everyone is human; nobody is a robot. It is important we consider guys who have played a huge amount of cricket and we try to make a good assessment of things going into the next game, whether that is to do with workloads, fitness or where somebody is currently at form-wise. We try to make a good honest decision about what will be the best attack to take 20 wickets on the surface.”

Ali for Bess will be only one of the many changes for the second Test as the trio of Jos Buttler, James Anderson and Jofra Archer, all three of whom featured in the win in the first Test, are also set to miss out due to various reasons. Ben Foakes, Stuart Broad and one of Chris Woakes or Olly Stone are expected to take the trio’s place, and Root stressed that if England are to win the series, it could only be achieved through an out-and-out team effort. The 30-year-old claimed that every individual, at some point, will have to play an important part in the series.

“I look at the talent around our squad and every single one of them can play a huge part in delivering something very special over the next couple of weeks. You have to be brave enough to trust those guys that they can win you the game. That is how we are going to grow and become a better team in the long run, with guys pushing for a place all the time.”

The decision to rest Anderson, in particular, has not gone down well with several fans and ex-cricketers, but Root had no doubts that the 38-year-old’s impact will be matched by the returning Stuart Broad. The England skipper described Broad, who played the first Test of the Sri Lanka series, as a role model and was confident that his side’s ‘rest and rotate’ policy will bring the best out of the 34-year-old who last year crossed the 500-wicket landmark.

“Stuart will play and we expect him to do exactly what he has done in the recent past in the England shirt,” Root said.

“We talk about that rotation policy being crucial to our team’s performance so they’re fresh when they come in. But also making sure we’re getting the best out of the likes of Stuart, Jimmy and the rest of our fast bowlers.

“Stuart has been extremely professional about things. All he’s tried to do is make sure he’s in the best possible place to start extremely well and he’s a great example for the rest of the guys. He’s not just gone about his own thing, he’s bought into the whole bowling group and he always adds a huge amount.

“It’s great to see him so excited about playing and you know he’ll be extremely determined to put in a good performance and really make this game count. If he’s got any sort of point to prove, he’ll want to be the main man and have a real impact.”