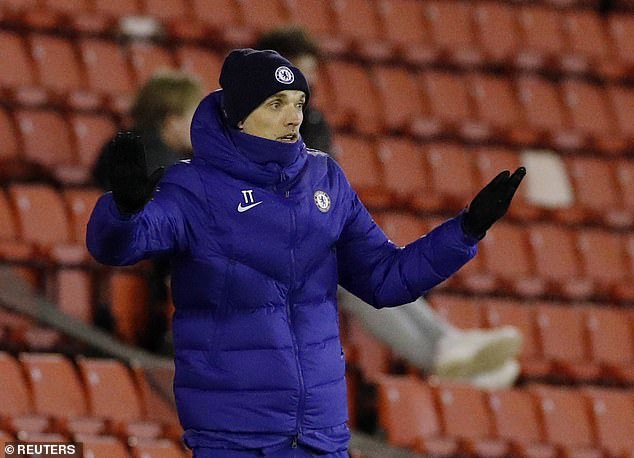 In light of Chelsea’s slim 1-0 win over Barnsley in the FA Cup, Thomas Tuchel believes that his side should have done a lot more but added that they lacked self-confidence and rhythm. The Blues are through into the next round of the tournament and continued their unbeaten run under Tuchel.

After a dire first half of football where Chelsea struggled to make any impact on the Barnsley side, Thomas Tuchel was forced into a double change to turn things around. That worked in their favour but even then, the Blues only managed a lacklustre 1-0 win over their FA Cup opponents. While they have progressed into the next round, it has seen fans concerned about their side’s struggle to score goals.

While things have changed under Tuchel, with Chelsea on a five-game unbeaten run across all competitions since he joined, the Blues have struggled to find the net with just seven goals in five matches. It saw Tuchel admit that he believes they can play better and “expected more” from them. But the German coach further added that he is not “frustrated” with the team and won’t be “too hard on the players”.

“We changed to a back four and took Marcos out for this tactical change. Andreas had to go out because he had a headache. The changes made it a little easier to get into the opponent’s half and overcome the first press. We did it well at the start of the second half and played constantly in the opponent’s half. We scored the goal and I had the feeling that they increased the risk but we stepped down in the little decisions,” Tuchel told the BBC.

“Not enough courage and it was too deep for a long, long time. We clearly can play better, so yes I expected more but not in terms that I am frustrated. If you lack a rhythm and a bit of self-confidence and you have to show on this pitch, against an opponent that takes all the risk and plays the game of his life, that is not easy. We can do better but I don’t want to be too hard on the players.”