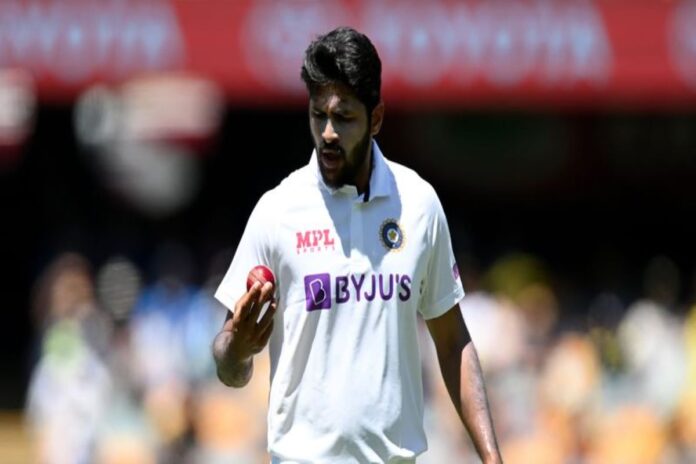 In 2003, an athlete making a false start was allowed to make another start and would only be disqualified after a second false start. But by the time the rules changed, the entire landscape of athletics changed, as they were given just one chance and one opportunity to take the lead.

Shift the focus to 2017, England are playing their arch-rivals Australia in Melbourne for another customary Boxing Day Test, with the focus on Tom Curran, who was making his red-ball debut. 118 runs, with just one wicket and a wicket off the no-ball, Curran had shown enough promise but had also shown signs of a highly inconsistent bowler, which was enough to overshadow the promise. He possessed a bag of tricks; He didn’t possess a red-ball hunger.

But his ability to swing the ball away and seemingly getting the batsmen to drive from time to time was enough to warrant a place in the second Test. In what looked like a flashback to the Ashes, Shardul’s debut was India’s method of madness, they made a calculative assumption of his first-class record.

While Prithvi Shaw made the most of it, getting an appreciation from all corners, Shardul’s debut was swept right under the rug, as he could only roll his arm for ten deliveries, where he had already conceded 9 runs. He walked back injured, he knew his Test debut was done and he had just 10 deliveries to leave an impact. He didn’t have enough to create an impact and so his chances seemingly looked buried as he had marched on to white-ball cricket.

Yet that’s how the game comes calling, you aren’t prepared for it, too overwhelmed by the occasion as a number of injuries had the management going to Shardul as their pace option for the Gabba Test. Similar to the Wankhede pitch on Day 1, Gabba had plenty of bounce to offer but it came at a cost; the cost of the bowler being accurate. If they paid a heavy price with their accuracy, they had to pay equally with their chances. After missing out on his first Test, the Palghar pacer knew that there was never going to be a better second coming. He was licking his lips, looking at the Kookaburra, seemingly praying to the lord that he gets a wicket.

When he was introduced into the attack, he did what he was destined to; he picked a wicket. But this time was contrasting, it didn’t come at the start of his cricketing career but rather at a phase, where he seemingly had control over himself, his abilities. It took one ball to strike. As everything thus far in his career, that came with a truckload of expectations, he had to back it up with a good display for the rest of the day. Then arrived, the disappointment, where runs looked around the corner every time he steamed into a bowl.

Every over, every single one of them, there was uncertainty over his potential but one thing that stayed constant, the boundary balls. There were shades of Navdeep Saini on his Test debut, a lot of promises but with a lot to be desired. Shardul wasn’t making his debut, neither was he a newbie in the Indian setup. He had bowled his entire career on unhelpful wickets for Mumbai, yet had the heart of a warrior, something that had also helped him win his second Test cap. It wasn’t the Wankhede that he had to conquer but Perth, conditions which offered him more bounce, more seam, and arguably more swing early on with the Kookaburra.

Between his first wicket, which came off his first ball, and his second wicket, he had conceded 73 runs, putting India under immense pressure with his wayward bowling. With India certain to rest their pacers for the home series, a good performance from Shardul would have forced the selectors to have him locked-in to face England but at a price! The price of control and accuracy. For time and again in his career, the average seemingly never looked like a problem but his unwavering ability to chuck up boundary pies to batsmen very often.

While on Day 1, he had multiple cracks at redeeming himself, he couldn’t, wouldn’t and went to sleep with a ‘what-if’ in his mind, which was visible on Day 2. As soon as he walked into the attack, the concentration and focus were different, he was doing what promised to, swing the ball away from the right-hander. He set up the Australian skipper beautifully, with a delivery that swung a fairway, not just enough to dismiss Paine but also to swing back his fortune. One brought another and suddenly, Shardul looked like he had a lot to offer. He punched the air in delight, he seemingly had looked dead-set to curb his instinct of giving away boundaries, nearly.

Once again, for the love of lord – Shardul was back at it again, conceding three boundaries to Nathan Lyon, which helped Australia ease past the 350 marks, from a situation of tatters they were in, just a few overs earlier. Two back-to-back boundaries and another one in his next, Shardul’s weakness of giving away loose deliveries to the opposition has come back haunting. Lyon was mightily impressed; Ajinkya Rahane wasn’t, this was the last thing he was expecting from a seasoned Mumbaikar.

Shardul hasn’t curbed his vulnerability yet, from Palghar to Perth, he still continues to impress while leaving a lot to desire. His inglorious second-debut has indeed shown the Indian management more worry than a promise. At this pace, it would require more than luck for him to feature in the Indian plans, for the home season against England, as time and his luck seemingly is running out.