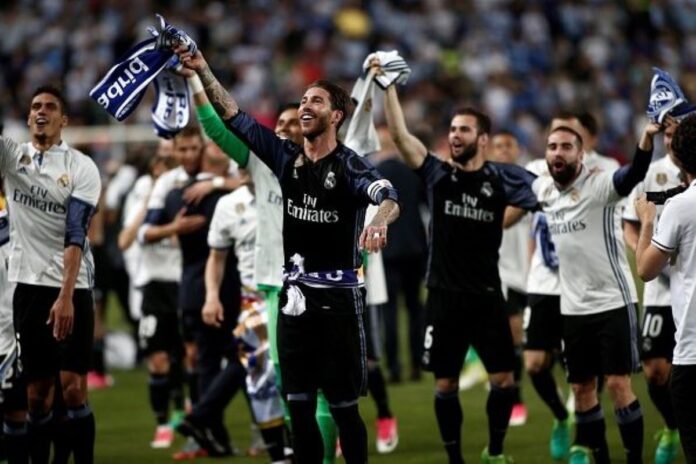 According to Spanish news outlet Marca, Real Madrid could struggle to make big money moves in the near future because of the financial implications of the coronavirus pandemic. The Los Blancos are considered to be one of the biggest football clubs in the world but have been affected by the pandemic.

Despite an obvious need to reinforce their team over the summer window, Real Madrid failed to make one single incoming move. Instead, the Los Blancos let sixteen players leave the club with nine of those leaving on permanent moves in a list that includes Achraf Hakimi, James Rodriguez, Sergio Reguilon, Javi Sanchez and a few others. It handed Zinedine Zidane a smaller squad to contend with but many were shocked when Real Madrid didn’t reinforce their team.

However, that hasn’t stopped them from being a part of the rumour mill with reports linking them with moves for Erling Haaland, Kylian Mbappe, Eduardo Camavinga, David Alaba and a few others. But while no move has taken place, despite one for Alaba being close, Spanish news outlet Marca has reported that it is down to Real Madrid’s economic condition. The financial effect of the COVID-19 pandemic has hurt quite a few clubs and with minimal income, the report has indicated that there is hardly any money for the club to spend.

The report further added that despite the club looking to make big money moves in the near future, the club may not be able to do just that. ESPN has further indicated that there are doubts as to whether Real Madrid and president Florentino Perez can actually raise the funds for a rebuild that the club needs.