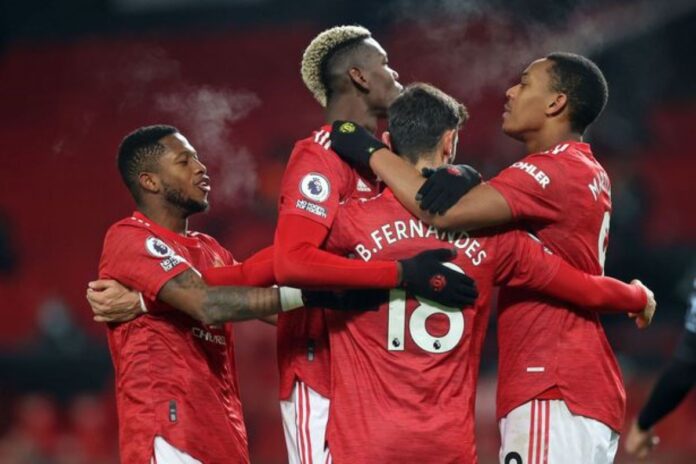 In light of Manchester City’s semi-final win over Manchester United, Paul Pogba has asserted that the Red Devils do not have time to be disappointed with themselves as expectations are high. The Red Devils lost in the Carabao Cup semi-final to their cross-city rivals for the second year running.

With Manchester City pitted against Manchester United, many expected a battle and that is exactly what they got with both sides heading into the game in their best form. The Red Devils have been on an unbeaten run in the league since their loss to Arsenal in early November with the Cityzens on the same run, having last lost on the 21st of November. But the game did not turn out the way Manchester United fans wanted it to with their cross-city rivals walking away with the win.

Goals from John Stones and Fernandinho in the second-half meant that Manchester United were knocked out of the Carabao Cup for the second time by Manchester City in as many years. Yet in light of their defeat, Paul Pogba asserted that his side have no time to wallow in the loss especially with the games now coming thick and fast. The 2018 World Cup winner further added that they need to get through this by keeping their heads up and getting “positive result in the next games”.

“There is no time to be disappointed for a week because we know where we are. We are in a good position now. We don’t have time to be disappointed. We don’t have the time. We will get through this and we will go again. It is difficult and it is going to be difficult, and you learn from these games. It is going to hopefully help us to get through, to get better and to have a positive result in the next games,” Pogba told MUTV.

“Football and playing for Man United is not easy, it will never be easy, but it makes the victory prettier and more beautiful when we get through a tough time, then we get through this. It is beautiful and you get the emotion. That is all we want. That is what the fan wants, that is what the team wants, everyone wants this. The club is built on winning and big things, so that is all we want to get – the big stuff.”