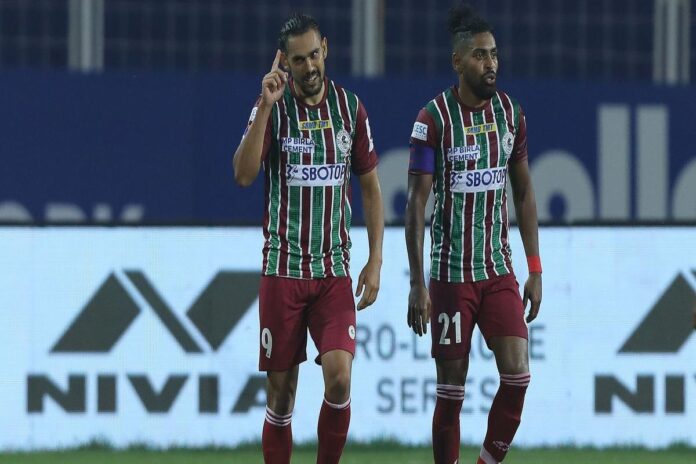 ATK Mohun Bagan ended the year on top of the Indian Super League standings and the pressure to keep their dominance intact arrives in the form of NorthEast United FC’s challenge, where both meet at the JL Nehru Stadium in Fatorda on Sunday.

The team’s defence has been the best in the league so far, conceding just three and keeping six clean sheets. Goalkeeper Arindam Bhattacharja is leading the charge for The Mariners with 24 saves.

Roy Krishna has done the bulk of scoring up front, finding the back of the net five times. Manvir Singh, who has two goals and an assist, is playing second fiddle to the Fijian striker.

NorthEast United FC come into this encounter on the back of a 2-2 draw with Odisha FC.

NorthEast United FC have drawn three matches and lost one since their last ISL win over SC East Bengal. Spanish head coach Gerard Nus will hope that his side is able to overcome a slight dip in form.

ATK Mohun Bagan are on a four-match unbeaten streak in the ISL and will be keen to stay on top. NorthEast United FC are on an inconsistent run with three draws in their four previous matches.