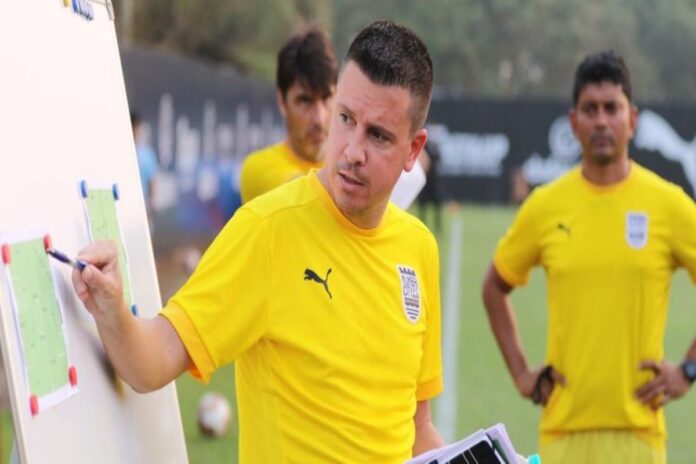 Mumbai City FC head coach Sergio Lobera is happy that they were able to execute their plans, including set-piece movements, en-route to their 3-1 win over Bengaluru FC last Tuesday evening. The ‘Islanders’ are now at the top of the league table, having collected 22 points from nine matches.

Mumbai City FC has hardly done anything wrong this season, having won seven out of their nine matches this season. Their 3-1 win over Bengaluru FC was not surprising, with them dominating in every department even though a send-off in the dying minutes of the game was the only smudge in the perfect evening. Their head coach Sergio Lobera is elated with the win, but happier because they were able to execute their plans properly, including the way they defended and score from set-pieces.

“I am very happy because we performed very well. We spoke before the game and when the plans get executed it makes me very happy. About set-pieces, we knew Bengaluru’s potential and my assistant (Jesus) Tato worked very well on this to not only defend set-pieces but also score from set-pieces,” said Sergio Lobera, after the win over Bengaluru FC.

Moroccan midfielder Ahmed Jahouh received his second red card this season and will subsequently miss out on the game against ATK-Mohun Bagan next season. Sergio Lobera feels that the veteran needs to avoid unnecessary challenges, especially when the fate of the game is already sealed.

“Obviously he (Ahmed Jahouh) is a very good player, but he needs to avoid these situations. He needs to learn because it is a big mistake to lose a player for the next game and it was possible to avoid that,” added the Mumbai City FC manager.