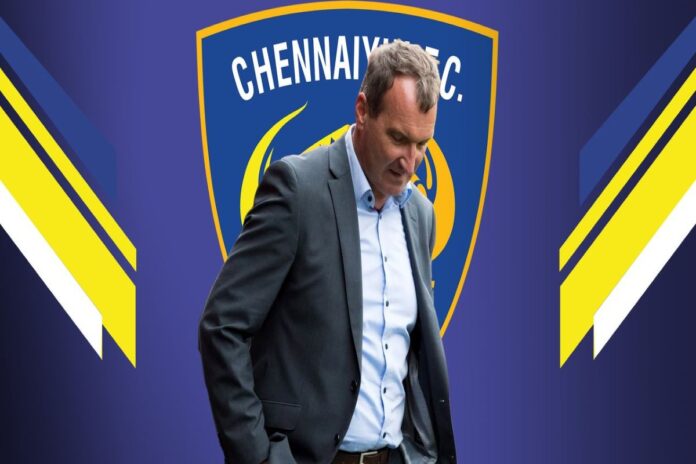 Chennaiyin FC head coach Csaba Laszlo feels that they need to focus on solutions rather than complain about their problem of missing out on their star Rafael Crivellaro for the rest of the season due to an ankle injury. They are currently placed at the eighth position in the league table.

It’s been a long time since Chennaiyin FC won their last game, with that coming against FC Goa last year at the Fatorda Stadium. It was unfortunate how their star midfielder Rafael Crivellaro suffered a major ankle injury during their clash with ATK-Mohun Bagan and was subsequently, ruled out for the rest of the season. Heading into their next game against Odisha FC, head coach Csaba Laszlo feels that they need to focus on solutions rather than ponder about their problems.

“In the previous game, we lost without Crivellaro. We didn’t have a good pre-season. We had to replace some players. We had to begin practically anew. He is not just our captain but a very important player,” said Csaba Laszlo, during the pre-match press conference.

“Also, tactically I have to work differently. We played 4-2-3-1. I will not change that very much, but this is life and I don’t want to make injury an excuse. We have to win the next game and get back to business. We have enough resources to replace Crivellaro. We have to talk about solutions and not about problems,” added the manager.

The ‘Marina Machans’ currently sit in eighth place on the league table, with 10 points from nine matches. With 11 more games left, Csaba Laszlo has complete faith in his team to turn the tides and aim for a top-four finish.

“In a league, you have 20 games and not every game will be fantastic. It is better to lose one game than play eight bad games. We can do better and we have to pass better and move the ball better. We are working every day to increase our goal-scoring prowess. I am confident with my team,” concluded the manager.