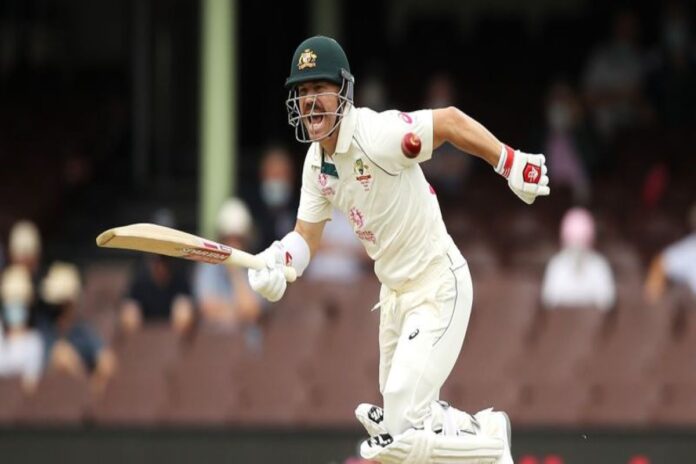 Former Australian opener Mark Waugh wasn’t impressed with returning batsman David Warner after he got out cheaply, and termed the opener’s shot impatient and loose. Warner was the first one to be dismissed on day one of the third Test against India as he could merely add 5 runs off 8 deliveries.

There were lots of talks around the return of the bull, David Warner, to the side for the SCG Test. He was supposed to arrest Australia’s batting woes but that was clearly not the case as the explosive opener, after looking good early, could merely add 5 runs and was dismissed by Mohammed Siraj as early as the fourth over, playing at a wide delivery sans feet movement, gifting a catch to Pujara in the slip cordon.

Warner’s dismissal brought him a fair share of criticism, and former Aussie opener Mark Waugh led the charge as he termed the opener’s shot ‘loose’ and ‘impatient’.

“That’s just a loose shot. That’s not a shot you want to be playing in the first 20 minutes of a Test match. You’re driving on the up, it’s not there to drive and it’s wide as well and you’re throwing your hands at it,” Waugh told Fox Cricket, reported TOI.

“Even if his groin was okay, he would have had to take an almighty step to get even close to that delivery. Just an impatient shot really and maybe trying to get runs on the board quickly,” he added.

One of the things evident in Warner’s stay at the crease was that he didn’t look 100 percent. Even before the Test match had begun, Warner had stated that he might not be fully fit for the Test. Michael Hussey also spotted the same and opined that Warner’s fitness isn’t a good sign going forward in the game.

“He was running through, he’s certainly labouring a little bit and it’s not the David Warner we are used to seeing. He certainly is not even close to 100 percent fit. It’s not a great sign,” Hussey said.

After winning the toss, Australia had no hesitations in batting first in the third Test against Australia. Despite losing Warner early, the hosts ended the day on 166/2, thanks to fifties from Marnus Labuschagne and Will Pucovski.