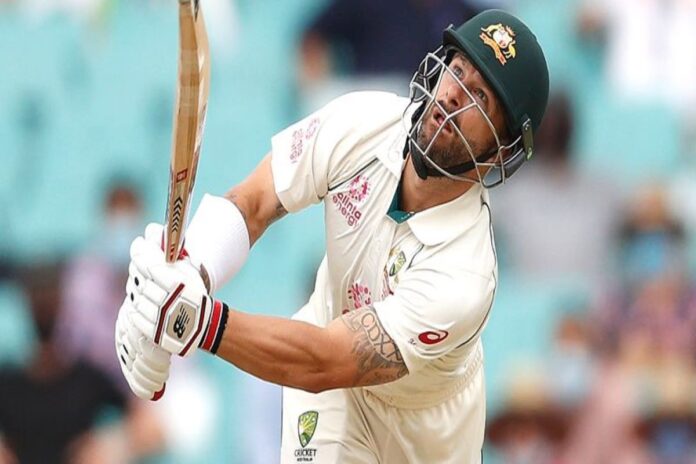 What was perceived to be a docile and flat SCG wicket started doing its tricks on Day 2 as a remarkable 10 wickets fell on a day which saw the game move forward at a rapid pace. Young Shubman Gill impressed, but the day undoubtedly belonged to Steve Smith, who was back to his invincible, old self.

A series of fine margins

So slow was the SCG wicket on the morning of Day 2 that it would comfortably have lost a race against Sir Geoffery Boycott’s strike rate, had there been one. The sluggishness was palpable in just the third over of the day, where Steve Smith had to use every muscle in his body to forcibly pull an innocuous Siraj half-tracker wide of mid-on for a couple. So, smartly and understandably, quickly realizing the lack of help on offer, the Indian bowlers, much to the commentators’ fury, reverted to the leg-side ploy that has served them oh-so-well all series right from over one. What then followed was the most riveting 16-over passage that eventually concluded with the dismissal of Marnus Labuschagne.

For an hour and a half, the Indian bowlers waited. They had the right fields in place, they meticulously stuck to their plans, curtailed the run-scoring, and almost submissively – though intentionally – waited for one of Smith or Labuschagne to err. For 94 deliveries, however, neither batsman did; they were flawless. Both Smith and Labuschagne completely curbed the false strokes, kept the good balls out whilst putting the bad ones away and were, clearly, winning the patience game that India challenged them to.

Their unwavering patience was embodied by them being unperturbed by finding the fielders, sometimes six times an over, keen to overturn and overcome the death-by-slow-poison that India had sentenced them to. Just when they thought they’d succeeded, though, the first misstep from Labuschagne, on ball 95, brought about his demise. The first hour of day 2 was far from the most entertaining passage of play in the game, but it was an exemplification of the fine margins through which this series has been, and will be decided.

Matthew Wade does no justice to his selection

Should Matthew Wade never play another Test for Australia, ever, he really cannot have any complaints. Having retained his spot in the XI on the back of three gritty showings as a makeshift opener, Wade was expected to add some much-needed strength and solidity to the Australian middle-order, yet his knock – and in particular his dismissal – ended up leaving a bitter taste in the mouth of the Australian supporters. If anything, Wade showed precisely why there is still skepticism over whether he is the fix for the side’s middle-order woes.

It was ironic that, after Head got chastised and dropped for being reckless, Wade perished in a manner that made his predecessor’s shot selection look like Rahul Dravid. For the second time in as many matches, he threw his wicket away heedlessly trying to whack a spinner out of the park without getting to the pitch of the ball, and, remarkably, for the 8th time in his last 10 innings, he failed to push on and convert a start, getting dismissed between a score of 10 and 40. Showing intent – like he did when he unfurled those sweeps – is laudable, but for a 34-Test veteran like Wade to do what he did and not learn from mistakes is criminal and inexcusable.

At 232/3 with two experienced and set batsmen in the middle, with 20 deliveries left for the new ball, Australia looked set to post at least 400, if not 450 or 500. Wade’s stupidity – which ended up exposing Paine and Green to the new cherry against Bumrah – ensured that they fell 100 runs short.

The daylight between Mohammed Siraj and Navdeep Saini is real

The raw scorecard will tell you that Navdeep Saini picked more wickets than Mohammed Siraj. It will tell you that he broke two important partnerships and it will tell you that he struck once every 39 balls. Regardless of how he got his wickets, and regardless of how many runs he conceded in the process, those are laudable figures for a debutant. Yet putting the deceptive numbers aside for a moment, the first two days in Sydney precisely showcased the daylight in quality and maturity between Saini and Siraj; for two players separated in experience by a solitary Test, the landslide was considerable.

Make no mistake, Saini had an encouraging outing: he bowled fast, he tailed the ball in late with the old nut and he, on many an occasion, beat several batsmen for pace. Yet the moment he took the ball, the drop in standard and quality was discernible. While Siraj – who was unlucky to not have more wickets to his name – backed up his showing at the MCG with yet another immaculate performance, where he at times even bowled better than Bumrah, Saini was, for a vast majority of his spell, unstable and off radar. Far too often he dished out boundary balls that released pressure and got Australia going, and, unlike Siraj, he had no one go-to mantra to rely upon. He straddled between ‘too full’ and ‘too short’ and, although he did eventually pick up two wickets, it ended up helping Australia break the shackles just at the right time, something they struggled to do at MCG.

We’ve heard tales of how red-ball cricket is Saini’s forte, but, going by the evidence from Day 1 and Day 2 of SCG, he has a long, long way to go.