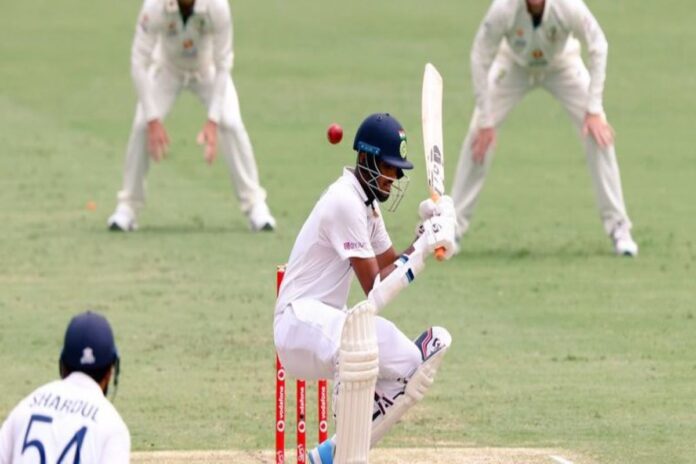 Washington Sundar, who made his Test debut in really unforeseen circumstances, stated that his partnership with Shardul Thakur was really crucial for the Indian team in the Brisbane Test. The Tamil Nadu all-rounder further stated that it was actually a dream game for him and the rest of the players.

When the history of the Gabba Test will be written, the memory will automatically wander back to the defiant partnership between Shardul Thakur and Washington Sundar who added runs by a tickle to close the gap in the first innings. The partnership was crucial from the overall result standpoint and Sundar became an instant hero for the masses.

On being asked about the game and how they formed the partnership, Sundar delved deep and gave his account of the story.

“Definitely, there was a lot of pressure from the bowlers but I didn’t want to put too much pressure on myself. I just wanted to enjoy the stage and do the things I was supposed to do, not really worry about too many things. Shardul batted really well and we complemented each other very well. And the way he played those shots,” Washington Sundar told Sports Today.

“Runs kept coming after quite some time and it was happening really good at Gabba and most of all we enjoyed batting against a top quality side coming really hard at us. They knew if they could break that one partnership they would get the upper hand. So, yeah, that partnership was very very crucial for the team.”

Sundar was nowhere near a Test debut, after having played his last First-class game three years ago but as fate had it, he won a Test cap. The Indian win at the Gabba further made it an important juncture in Indian cricket and Sundar rightfully stated that it was a dream game for them.

“It was a great debut for me, it was actually a dream game for all of us. Being a part of that game, playing at Gabba. There were a lot of moments in the game that will forever be unforgettable for me, for a lot of other players in the team. So, yes, I think the most important factor was the fact that we won the game.

“Especially beating Australia at the Gabba was amazing and being able to chase 300 on the 4th Day was amazing. And the way we’ve been celebrating the victory, I’ve felt so glad to have been part of the Indian team at Gabba,” Sundar added.