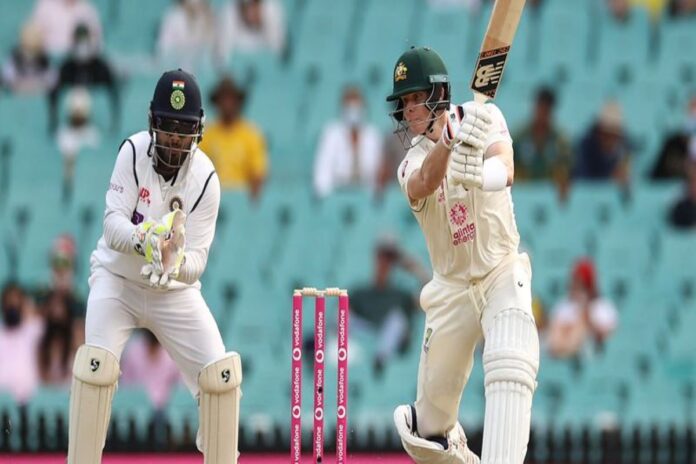 Steve Smith, who ended Day 1 unbeaten on 31*, revealed that he walked out today with a positive mindset to ensure that he put Ravichandran Ashwin under pressure and didn’t allow him to settle. After being dismissed twice by Ashwin in the first two Tests, Smith got one over the offie today.

Coming on the back of scores of 1, 1*, 0 and 8, all eyes were on Steve Smith as he walked out to bat today at the SCG, and his mini battle with Ravi Ashwin, once again, was in the spotlight. The veteran off-spinner had dismissed Smith twice in the first two Tests, and the Australian, days ahead of the third Test, interestingly conceded that he had ‘allowed’ the 34-year-old to dominate him. However, it was a completely different avatar of Smith that took to the field at the SCG today as the 31-year-old asserted his authority right from the get go. Smith smacked just the fifth delivery he faced off Ashwin to the mid-wicket boundary, and continued to look to put the off-spinner on the back-foot by showcasing aggression.

The Australia’s no.4 reaped rewards for his approach as he ended the day unscathed on 31*, and speaking post stumps, Smith revealed that it was a conscious decision to be more positive versus Ashwin.

“I wanted to put him (Ashwin) under a little bit of pressure which I haven’t done this series.  I wouldn’t say I was aggressive, just a bit more positive (against Ashwin). Was good to get a couple of boundaries early,” Smith said at the end of the day’s play.

After getting dismissed for 1 and 0 in the first innings of the first two Tests, Smith capitalized on a flat SCG wicket on Thursday, unleashing free-flowing drives to bat himself back into form. One noticeable idiosyncrasy about his batting today was him tapping the ground harder with the bat, and Smith revealed that he did so to get better grip. The right-hander stitched an unbeaten 60-run stand with his understudy Marnus Labuschagne, and he hoped for the stand to stretch well into Day 2.

“I’m good, nice to spend a bit of time out there, nice to stitch in a partnership with Marnus.  I’ve been struggling, so I was getting into good positions today. Marnus played well, hopefully we go along well tomorrow.”

Australia ended a rain-curtailed day 1 on 166/2, with both Labuschagne and debutant Will Pucovski striking half-centuries.