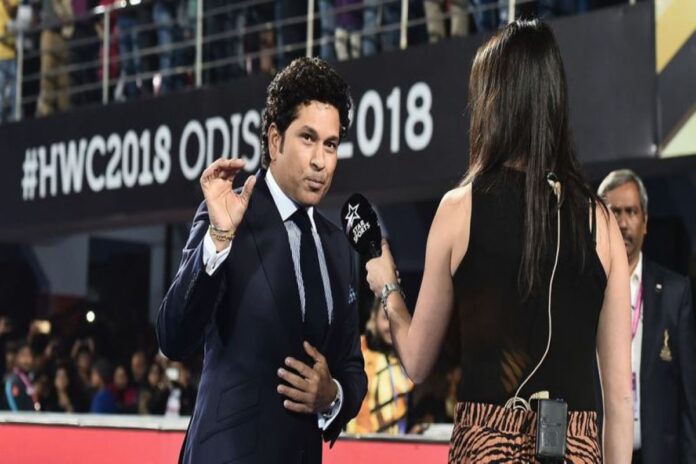 Former Indian cricketer Sachin Tendulkar has lavished high praise on Jasprit Bumrah stating that he has pushed himself in tough situations, like a champion bowler. He also added that Siraj and Gill, both the debutantes at the ‘G’ executed their plans really well and did a commendable job.

India has had their fair share of injuries but that hasn’t deterred Jasprit Bumrah from leading the attack like a champion. A bowling attack is greatly impacted by how the leader of the attack starts the proceedings and sets the tone, and it has been something that the pacer has done to perfection. His four-wicket haul in the first innings of the MCG Test was one of the major reasons behind India folding out Australia under 200 and gaining an advantage.

Speaking to PTI, Indian great Sachin Tendulkar praised Jasprit Bumrah and said the way he turned up in pressure situations shows that he is a champion bowler.

“In the fast bowling department, Bumrah as the leader of the attack has taken more responsibility and whenever the chips are down, he has pushed himself harder. That’s the sign of a champion bowler,” Tendulkar told PTI, reported Hindustan Times.

The way Mohammed Siraj performed in his debut Test in the second Test didn’t let India feel the absence of Mohammed Shami. His pinpoint accuracy drew everyone’s praise and Sachin Tendulkar was also impressed with the Hyderabad pacer. He asserted that Gill and Siraj both executed their plans to perfection at the MCG

“Let’s also not forget how Siraj has also bowled. It did not appear to me that he was playing his first Test match,” said the veteran.

“The way he bowled his first over and then built it up gradually but never did it look that he was playing his first match. The plans were well thought out. He executed it well. Both debutants were comfortable in the execution of their plans.”

Tendulkar also talked about the strengthened Indian lower middle-order which comprised of the likes of Pant, Jadeja, and Ashwin at the ‘G’. He also highlighted the big partnership between Ajinkya Rahane and Ravindra Jadeja in the first innings of the MCG test as one of the turning points of the game.

“Jadeja has batted well and it worked. We keep talking about five bowlers, but having Rishabh Pant at No. 6, Jadeja at No. 7, and Ashwin at No. 8 with four hundred also helps.

“That partnership between Jadeja and Ajinkya was crucial. They added invaluable runs and that put them under pressure. Also crucial was run that Pant was able to score,” he concluded.

After winning the MCG Test, the series has been leveled by India at 1-1 and the 3rd Test match between both the nations will take place from January 7 in Sydney.