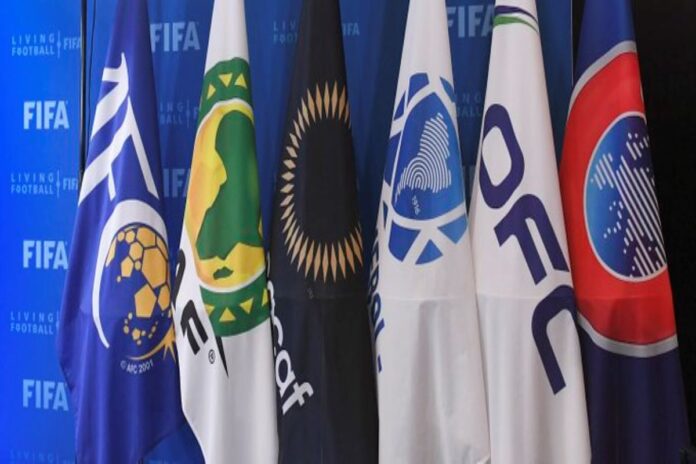 World football’s governing organisation FIFA have threatened to ban players from FIFA competitions should they take part in the proposed European Super League. This comes in light of the rumours that Europe’s biggest sides were looking to break away and form their very own super league.

After months and months of speculation, FIFA has finally released a statement over the proposed European Super League. The rumours first started in 2019 during documents leaked by website Football leaks and in October of 2020 rumours arose again with Europe’s biggest sides involved. It reported that they were keen on breaking away from UEFA competitions in order to form a proposed European Super League.

It saw Real Madrid president Florentino Perez and former Barcelona president Josep Maria Bartomeu admit that the two sides are a part of such discussions. However, FIFA’s statement has seen world football’s governing body take a strong stance against the European Super League. In it, FIFA admitted that they are against such a competition and that it “would not be recognised by either FIFA or the respective confederation”. The statement was signed by FIFA president Gianni Infantino and the presidents of the six confederations.

“In light of recent media speculation about the creation of a closed European ‘Super League’ by some European clubs, FIFA and the six confederations (AFC, CAF, Concacaf, CONMEBOL, OFC and UEFA) once again would like to reiterate and strongly emphasize that such a competition would not be recognised by either FIFA or the respective confederation,” read the statement on FIFA’s website.

Not only that, the statement revealed that any player taking part in such a competition would be banned from FIFA organised tournaments. That includes the Copa America, the FIFA World Cup and the Euros as well as the Champions League and the Europa League. Furthermore, the statement insisted that any “competitions should be organised or recognised by the relevant body at their respective level, by FIFA at the global level and by the confederations at the continental level” or it is not legal.

“Any club or player involved in such a competition would as a consequence not be allowed to participate in any competition organised by FIFA or their respective confederation.