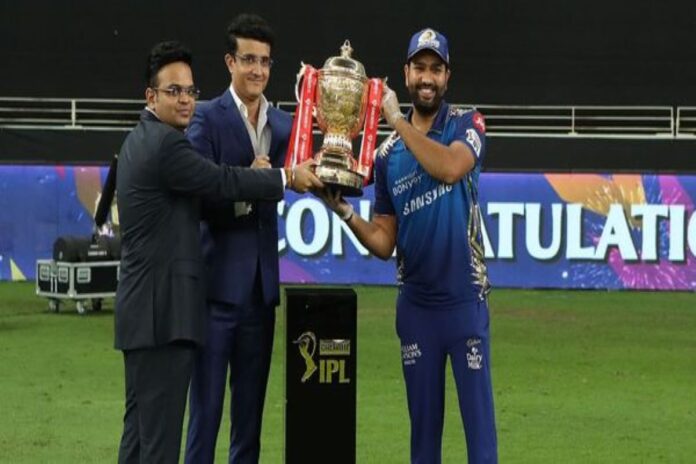 We are on the last day of this strange monochrome called 2020 – a year that tested everyone’s patience to the limit while giving many lessons on the go. Yet rewinding it feels like a dogmatic exercise that one couldn’t really fathom. It has been a year that changed our lovely sport in many ways.

On the International Women’s Day, as 86,174 spectators flocked to the massive Melbourne Cricket Ground to witness the battle between Harmanpreet Kaur’s India and Meg Lanning’s Australia, life seemed utterly brilliant. Cricket took the centre stage with Alyssa Healy playing one of the most defining T20 knocks (both men’s and women’s) ever played and then led Australia to their fifth World T20 title.

While it was a day of jubilation for the Aussies, who danced to Katy Perry’s tunes and Healy’s metal noise, but the bigger picture couldn’t have been missed. The day was above everything. It was a sharp validation of what proper branding can do to the women’s sport which has the potential to survive as a standalone culture. The demography and the attitudinal changes to the cultural manifestation of the event bear a solid message- a hope that women’s cricket can transcend the future and crave its own distinct niche.

Yet, here we are. As Cricket entered the era of “New Normal”, caging itself within the bio-secure bubbles to protect itself from the threat of Coronavirus, life is back to normal for Indian women’s cricketers or even worse for that matter. That day at the ‘G was the last international match for the side, and even though many international cricketers found solace in a full-fledged WBBL, Indian cricketers had to be happy with a hastily-organized showpiece Women’s T20 Challenge, worth only four games. Now the tour to Australia stands cancelled, with the excuse of the pandemic.

At the ICC, it was a farce to no end. A decision regarding the ICC T20 World Cup had to be played around for its then president’s personal agendas while the man on line saw a barrage of difficult questions asked at him. When it was the time for an eventual decision, the logic went out for a toss, and all it took a farcical election to decide the winner. The worst part – no one will be held responsible for this drama.

The T20 World Cup was postponed and the IPL took its space. The mega tournament enthralled the audience with superb cricket, made people forget that there were bigger problems in place, and earned the highest viewing minutes ever in its 13 years of history. It all could have been a  manifestable exercise but even before the ball got rolling, the Suresh Raina controversy emerged as a shock. The mental toll of a bio-bubble never made more sense but did the cricket world care?

Mumbai Indians thus emerged champions for the fifth time, showing the gap between MI and others in the tournament. It was not only a victory for Rohit Sharma’s astute captaincy but also a cryptic reminder of what a brilliant scouting system and a calculative auction can do to your legacy. Mumbai were cut above the rest.

Mumbai smiled, yet it was a year full of depreciation for Chennai Super Kings, the three-time IPL winners. Chennai slumped to a hitherto unplumbed low. Without their biggest match-winner and the absence of a front-line wicket-taker, CSK were a pale shadow of their glorious self, with MS Dhoni coming under fire for batting, leadership, and statements lying borderline impossible to comprehend. Talking about 2020 things, this was surely the pinnacle.

It was also the year the drama surrounding MS Dhoni’s future coming to an end as fast as it peaked when the nation-wide lock-down was announced. From Gautam Gambhir to VVS Laxman, from Sourav Ganguly to Anil Kumble, everyone had an opinion about him and his place in the Indian T20 side for the T20 World Cup. But just by dropping “Mein Pal Do Pal Ka Shayar Hun” on the Independence Day evening, Dhoni did the most Dhoni thing possible and the country went into a stunned silence at 19:29.

However, nothing in the entire year matched that glorious morning in Southampton when Michael Holding delivered one of the most powerful speeches ever made by any sportsman. His no-hold-barred talk on racism and how education is paramount to stamp out the dangerous evil from the sport. England and West Indies cricketers made a statement by jointly taking the knee and raising a fist before South Africa, the most affected nation by the evilness of racism, gave a conflicting signal.

Stories emerged about intentions, ridiculous statements were flown around by former Proteas cricketers while the boardroom drama courted controversy more than ever. Thankfully Quinton de Kock’s men provided some joy along the way with a victory against Sri Lanka being the only positive that South African cricket needed to end the tumultuous year.