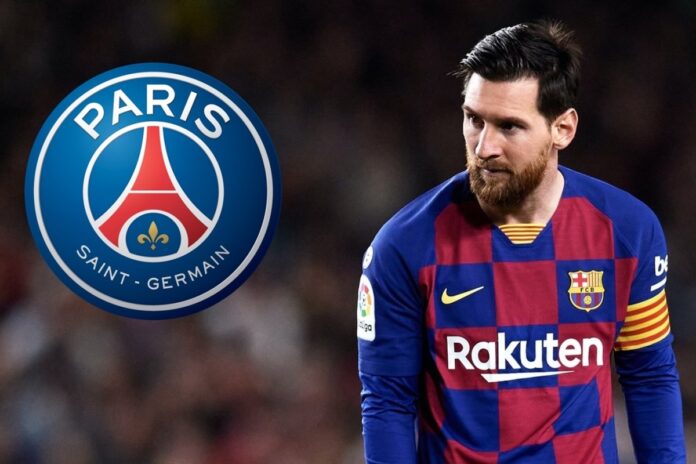 In light of the speculation linking Lionel Messi to PSG, Arsene Wenger has opined that signing the Argentine would be the wrong move for the club as it would upset the balance at the club. The 33-year-old is out of contract at the end of this season at Barcelona and has been linked with a move away.

While few expect Lionel Messi to actually sign for Paris Saint-Germain on a free transfer next summer, the Parisians are definitely in the race for the 33-year-old. ESPN and various other outlets have already reported that the club are considering a move for the out of contract Barcelona star and they’re not the only ones. Manchester City, Liverpool, Juventus and even Inter Milan amongst many others are all in the running.

However, with PSG’s finances and combined with the presence of both Kylian Mbappe and Neymar, it makes them one of the better choices for Messi. Yet, in light of that Arsene Wenger believes that a move for the Barcelona captain would upset the balance at the club especially with Mbappe and Neymar already present. The former Arsenal boss further added that the PSG duo are the men to replace Cristiano Ronaldo and Messi once the duo retires.

“Lionel Messi is one of the two best players in the world. Those who will replace Cristiano Ronaldo and Messi are already at PSG.  After that, it’s a question of balance in the club, a technical balance and a financial balance. Can you keep the balance at PSG by bringing in players like Messi? I’m not sure,” Wenger told Europe 1.

The Parisians haven’t had the greatest season so far with three losses in the league and just two points separating them and second-placed LOSC Lille. That has many concerned especially with their performances in the Champions League and Wenger added they have no balance to their team. The Frenchman further revealed that the Parisians “have a little less potential” than usual because their midfield is no longer as potent but they have exceptional talents who make a difference.

“PSG have a little less potential because they had, for years, an absolutely flamboyant midfield, which is now a little less creative. I see them a little less dominant and it’s reflected in the standings in Ligue 1. They still have exceptional players who can make a difference in key moments, as we saw again at Manchester United,” he added.