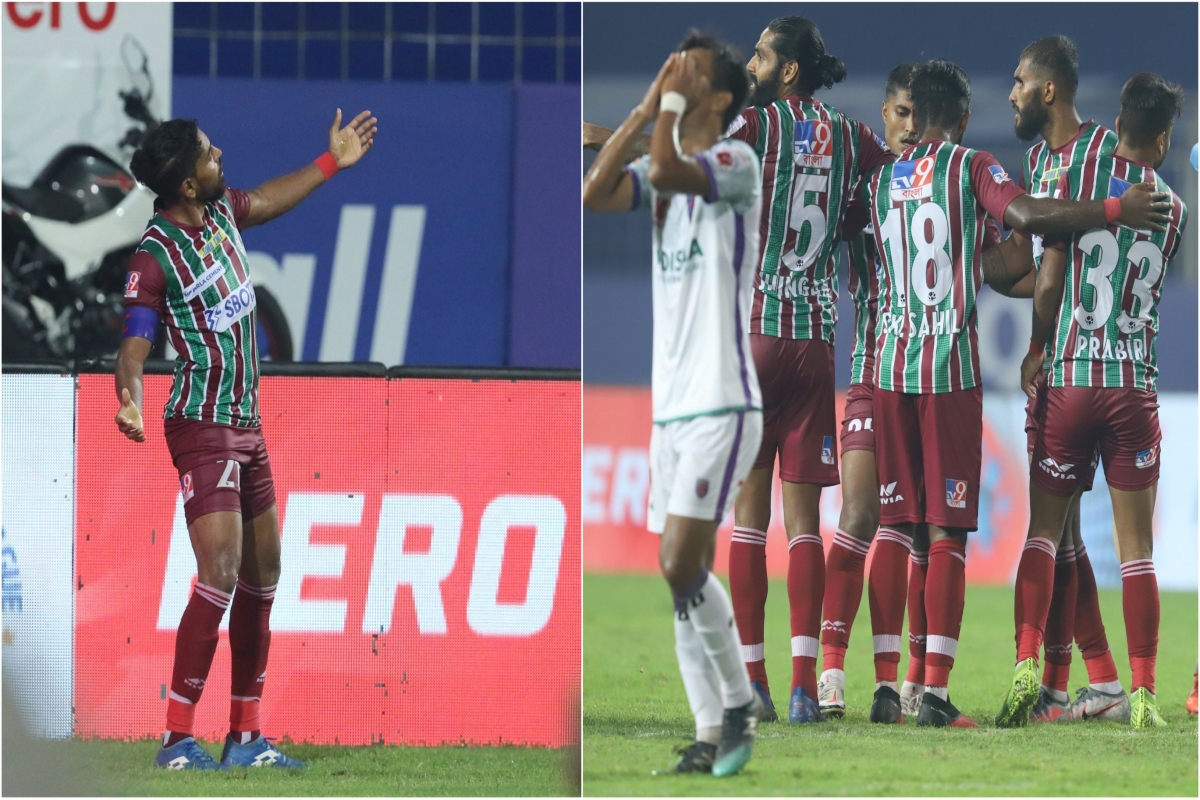 A second-half stoppage-time winner from Roy Krishna gave ATK Mohun Bagan a 1-0 victory over Odisha FC at the end of an intense 90 mins of football between both sides. ATK Mohun Bagan maintain their form as they bag a third win in a row. Meanwhile Odisha FC remain frustrated as they drop 3 points again after dominating most of the game.

The first half was a cagey affair and an evenly poised contest as both teams adopted a safety-first approach. ATKMB dominated the early exchanges and constantly raided the opposition box. However, Odisha did well to close down the spaces and kept things tight at the back.

Both sides squandered chances in the first half. The first major goal-scoring chance fell to Roy Krishna in the 24th minute when he found himself one-on-one with Kamaljit Singh after receiving a long ball from Tiri inside the Odisha box. The Fijian blasted the ball over the crossbar.

For Odisha the easiest chance of the first half came when Cole Alexander sent a wonderful cross into the box but Tratt headed wide with an empty net available.

The second half was quite entertaining as both sides looked dominant.

Odisha started strong but failed to penetrate the ATKMB defense. The Mariners also had their chances but weren’t clinical in front of the goal.

But the Mariners finally broke the deadlock and sealed the fate of the game in the dying minutes of the match as Roy Krishna proved to be their saviour yet again. Tiri floated a long free-kick inside the box and Sandesh Jhingan headed the ball back in the middle. Krishna pounced above Alexander and found the back of the net with a clinical header.